To anyone familiar with the history of fundamentalism and evangelicalism, that’s a remark on the obvious. Of course they’re similar: they come from the same ideological tree. At first, around the turn of the 20th century, there were only fundamentalists, unified by a set of essays called The Fundamentals. Eventually, those essays were condensed into The Five Fundamentals. Interestingly, what those are can vary a bit (see here and here), but they essentially are:

The most important idea to be more fully articulated at this time was what it meant for Scripture to be inspired. While not new– there are echoes of this principle in Catholicism and in the Reformers’ belief in sola scriptura— the way these early fundamentalists started treating the Bible was new.

Over time, “inspiration” became a sort of short-hand for the concept that the Bible could be easily read, easily handled, easily interpreted. God meant it for all peoples, all times, all places– and he wouldn’t have done that without giving us the ability to see the “plain meaning of the text.” As the fundamentalists gained power, it birthed men like R.J. Rushdoony and Charles Ryrie who advocated not only for inspiration, but inerrancy. An argument for the inerrancy of Scripture wasn’t present in The Fundamentals, but to fundamentalists it was the only logical place a belief in biblical inspiration could go. After a while, the fundamentalist view of inerrancy became that the Bible is totally without error: it contains no contradictions and is completely and utterly factual.

Around the time that inerrancy was being affirmed by fundamentalists, the evangelical movement began. Fundamentalists began teaching the doctrine of separation, and evangelicals opposed them. Men like Billy Graham rejected the idea that the Church was strictly for Christians– that Christians should retreat into isolated sanctuaries in order to remain unsullied by the corruption of “The World.” Instead, they advocated for the guiding principle of being in the world, but not of it. How could a Christian hope to reach the lost if they kept to themselves all of the time?

However, evangelicals didn’t leave their theology behind. They still held to the Five Fundamentals, but they didn’t go along with the movement to accept inerrancy the way the fundamentalists did. At least, not at the time.

In 1979, roughly thirty years after fundamentalists had totally bought into inerrancy, the evangelicals did the same when 300 evangelical leaders signed the Chicago Statement. If you read it over, you’ll notice that the ideas they affirm and deny are important, balanced, and to a degree fairly nuanced; so it shouldn’t surprise you to know that it didn’t go anywhere near far enough to fundamentalist men like Charles Ryrie, who had already moved from biblical inerrancy to biblical literalism.

At this point, fundamentalists started proclaiming ideas like verbal plenary inspiration, and double inspiration. Men like Jack Hyles and Peter Ruckman became fundamentalist figureheads, and they taught the Bible as almost literally dictated, word-for-word, by God themself. These men believed that God chose the men because of the wordings they would  choose, and “guided” them to the exactly “correct” words and phrasings. Not only that, but some men like Ruckman took it one step further: God had even inspired the KJV translators toward choosing the “correct” words in English. Along with all of that came other teachers like Bill Gothard, who took these concepts and started applying them. In fact, if God had chosen the very words, then there could be no harm in taking the Bible literally. It was meant to be taken literally.

Young Earth Creationism sprang out of a belief in biblical literalism, and so did a slew of other problems like the anti-LGBT movement and complementarianism. It took a while for Hyles and Ryrie and Ruckman and Gothard to have an effect, but their words and ideas are now being championed by some of the most influential evangelical leaders– most notably in the neo-Reformed movement, which is dominated by a strict adherence to biblical literalism.

Oh, but the fundamentalists have, again, already moved on. They’ve moved through inspiration, inerrancy, and literalism to finally arrive at biblical docetism.

Historically speaking, docetism is the notion that Jesus was not really human, that he only appeared human but, in reality, that was just a pretense. That idea was roundly condemned by virtually everyone as heresy. However, I believe modern American Christianity has done something even more insidious then denying the embodied Incarnation of Christ: they’ve made the Bible only “appear” like a book.

To biblical docetists, cultural contexts don’t have to have any bearing on the text– it’s not really an ancient library of texts gathered together over time and with a lot of arguing. It is divine, it is holy, it is preserved. God intended every word exactly as it was recorded to reach our ears today. They knew that we would be reading it, and mythically they imbued it with the power to make perfect, clear sense to ancient readers, and modern readers, and people reading it thousands of years in the future. It is not really a book. You can’t treat it like any old book, or expect it to follow the common sensical rules of other ancient texts. Everything we understand about how ancient near-eastern cultures viewed history or biography doesn’t ultimately matter. It’s the Bible.

In fact, the Bible is so magical that you can rip sentences– halves of sentences, even!– out of their paragraphs and force it down other people’s throats as God’s divinely ordained word for that specific moment. We can all read every letter and stand sure in the knowledge that every word was ultimately meant for our ears, not necessarily for the church to which it was written. Genre– whether it’s oral tradition, poetry, myth, parable– should be erased, for it’s not just any book. It’s not predicated on ideas of style or voicing or purpose or audience. Everything in it is literally true, literally factual, and literally meant for us today.

Hopefully it’s obvious that I’m describing not just Christian fundamentalism, but evangelicalism as well. Evangelicals might not take it as far as a man I knew who actually plucked his eye out because it had “offended him” through a pornography addiction. But just because they’re not going that far doesn’t mean that evangelical biblical docetism isn’t having real-world and devastating consequences. We may not be plucking out our eyes, but we are voting for a man who (possibly) thinks LGBT people should be stoned to death. We are taking Jesus’ words about persecution and forcing it apply to photographers and bakers. We are proclaiming doomesday messages about being in the End Times because a black man was elected President. We are telling women to stay in abusive marriages.

Fundamentalists have already been treading the path through biblical docetism for almost two decades now, and it’s had disastrous consequences. If evangelicals don’t experience some sort of course correction in their view of the Bible, then it’s going to lead them to places the rest of us don’t want to go. 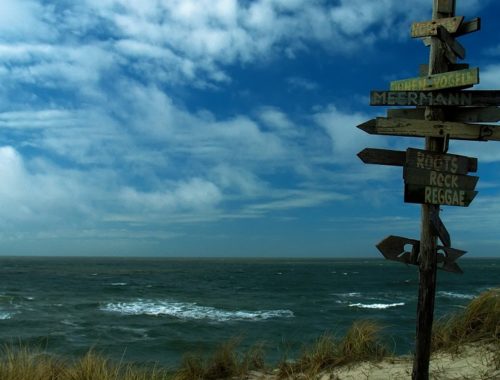 disappointment is the guide to happiness