Update on Stuffs and Activities: Yesterday, I applied to give a workshop on bisexuality at the Gay Christian Network conference in January; if GCN approves the workshop, I’ll be a part of a panel with Eliel Cruz and Sarah Moon. If you can, please consider reaching out to GCN and letting them know how important you think it is for them to host a workshop on bisexuality. On a related note, if they do accept the application I’m looking at about $700 between travel, food, and registration– my Patrons have made this even remotely possible, but every little bit helps.

I watched the Republican debate on CNN last night– all three brutal hours of it. In order to ease my suffering, I joined other people who were live-tweeting the event: the sarcasm, I can assure you, was strong with us last night. At one point, though, Huckabee put on his fortune-teller garb and started threatening the American public with the Downfall of Western Civilization if we don’t elect a Republican president. In response, I tweeted this:

Why do we want to preserve Western Civilization? Why not build something better? Right. Huckabee is terrified of brown people. #GOPDebate

And was amused by the interaction that followed. As the evening passed, however, I grew troubled by what Alice had done by equating Huckabee’s “Western Civilization” with “the Internet,” because it represents two problems.

The first problem is obvious: Huckabee said “Western Civilization,” and at least one person thinks that term represents technological advancement. This is hilarious, maddening, and just so sad, because it should be obvious that other cultures are equally as capable of developing technology. Egyptian architecture is awe-inspiring, the metallurgy of ancient China was unsurpassed for centuries, Indians had calculus long before European mathematicians, ancient Iraq had batteries, and the Mayans were also incredible architects and engineers. Saying we needed Western Civilization to give us “The Internet” is woefully ignorant.

However, that’s just surface-level ignorance. The real problem is that people don’t know what Huckabee means when he uses a term like “Western Civilization.” In a sense, Huckabee is referring to this definition:

a term used very broadly to refer to a heritage of social norms, ethical values, traditional customs, belief systems, political systems, and specific artifacts and technologies that have some origin or association with Europe, having both indigenous and foreign origin.

If you’ve been with me a while, some things probably stood out to you in that– did you catch the bits about social norms, ethical values, and belief systems? That’s where Huckabee’s definition takes a hard right from the more moderate Republican base. I grew up in Huckabee’s world– at Pensacola Christian, he was everyone’s favorite candidate back in the 2008 primaries. When he says “Western Civilization” he is using a dog whistle. All people like Alice hears is “technological advancement,” as misguided as that is; but Christian fundamentalists– who Huckabee is obviously courting by associating with Kim Davis and the Duggars– hear something different, and that difference is important.

This is one of the main reasons why I’m usually frustrated when political commentators try to analyze the interactions between Republican politicians and “evangelicals.” There’s a lot of overlap between evangelicals and fundamentalists– theologically, there’s no real difference, it’s just a matter of intensity–so I get the confusion, but the rampant oversimplification is troublesome because there’s more motivating evangelicals and fundamentalists than anti-abortion rhetoric and homophobia.

It matters because Huckabee is accessing an entire superstructure of ideologies he’s hoping will help him win the nomination, or at least push whoever ultimately wins into supporting the same ideals. When Huckabee bemoans the fate of Western Civilization, he’s invoking The Rise and Fall of the Roman Empire, which nearly every fundamentalist Christian believes was the result of decadence, debauchery, and unmitigated sin (not, you know a combination of political, economic, and militaristic failures). They’re all convinced– scarily convinced– that America will fail, and fail utterly, if we have marriage equality and keep Roe vs. Wade in place.

When Huckabee uses this term, he is tapping into a nearly rabid fear– a terror that’s been inculcated by fundamentalist preachers, colleges, and systems for almost a century now. Fundamentalists are terribly frightened that if they don’t win the culture wars, that America will be literally torn apart by the modern-day equivalent of Visigoths and Huns.

They’re afraid of threats from within– women’s rights, LGBT rights, #BlackLivesMatter– but they’re mostly afraid that these supposed corruptions will make us vulnerable to the Wrath of God, that God won’t protect us when ISIS or Putin or Khamenei or Kim Jong Un come knocking.

Huckabee might have used the term, and Huckabee might be capitalizing directly on fundamentalist fears, but it’s the same worries that drove people like Fiorina to outline a completely terrifying foreign policy last night (seriously, she literally wants Cold War II, her fervor actually scared me) and Cruz to declare that he’d rip up the Iran deal the second he walked into office.

Being afraid of the Downfall of Western Civilization means being afraid of equal rights and diplomacy. It’s resulted in an atmosphere that last night culminated in half the candidates refusing to even talk to foreign leaders– their entire approach to foreign policy is to sit on their porch with a shotgun and scream “get off my lawn!” It’s created a fractured party where many of them are more persuaded than ever that “allowing” people to have equal rights will topple our government.

Western Civilization is a culture built on the realities of slave labor and has a long and horrifying history of genocide, expansion, and colonization. It’s not worth keeping, not worth protecting. It should be replaced by a system based on compassion, empathy, and communication, but that will never happen as long as people like Huckabee keep floating the idea that our country will be ruined unless we continue believing in a particular, fundamentalist brand of American exceptionalism. To those who follow Huckabee and the candidates like him, America is the last bastion of Truth and Morality, and those qualities give us the moral superiority to judge and police the rest of the globe.

Huckabee wants us all to be afraid of gay people and women, the rest of the candidates want us to shit our pants over brown people with nukes– and they will use whatever tactic necessary in order to strong arm us all into doing whatever they want. Dog whistles like the Downfall of Western Civilization are a part of how they could succeed. 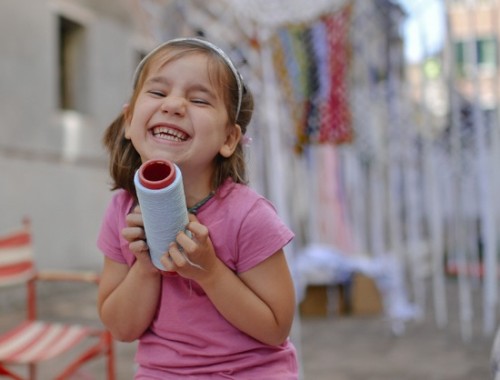 the radical notion that children are people