I’ve spent the last three days trying to write a post about the Florida State athlete who punched a woman in the head during what a lot of people are unfortunately calling a “barfight,” but I haven’t been able to collect my thoughts well enough. The only things I’ve managed to put into writing are phrases like “this is fucking terrifying” and “I’m never leaving my house again.” I was so triggered after I saw the video on Monday night I went non-verbal for a bit and the anxiety that makes my ribcage feel like a vice hasn’t gone away yet.

So, today, I decided I’m going to do something a bit lighter and share some of the books I’ve been reading that I’ve really enjoyed. 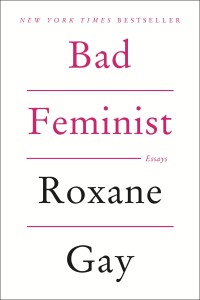 I’m not completely finished with Bad Feminist by Roxane Gay, but I am so glad that I randomly picked it up the last time I was in a Barnes & Noble. I only ever really visit three sections in any given bookstore: Women’s Studies, Sci-Fi/Fantasy, and Poetry. I found some books for work on my last trip (I’ve been needing Yes Means Yes), and spotted this one, which stood out to me because I’ve heard some people talking about it lately. Two-thirds into it I can really see why– it’s an amazing collection of essays, and I’m almost done with it and haven’t lost interest (I managed to make it halfway through Caitlin Moran’s How to Be a Woman before I just got bored). Roxane’s writing is compelling and important– we all need to read more writing by women of color. 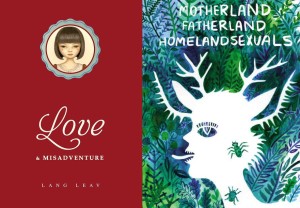 These are both poetry collections. I found Love and Misadventure by Lang Leav because a friend kept posting quotes on instagram and I decided I loved her lovely, whimsical style. Many of her poems cover love and heartbreak in a way I found delightful, comforting, and healing, and I really appreciated the fact that many of her poems are gender neutral.

I’ve been meaning to get Patricia Lockwood’s Motherland Fatherland Homosexuals ever since someone I follow posted “Rape Joke” on tumblr. The post linked to an interview with her, and something about her voice intrigued me. When I saw it at that same Barnes & Noble trip, I was glad I’d finally found it. I’ve been going through it slowly– many of her poems are meaty and dense, which I love– and I’m not entirely sure why but she reminds me of Billy Collins. She’s definitely edged into my “favorite poets” group (along with Langston Hughes, Pablo Neruda, and Tennyson). 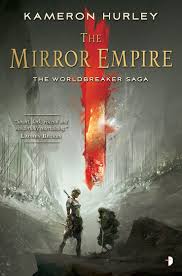 I found out about Kameron Hurley when I read her essay “We Have Always Fought: Challenging the ‘Women, Cattle, and Slaves’ Narrative” which I highly recommend you read. The author bio said that she’d written a fantasy novel, and I’ve been on the lookout for more fantasy novels written by women (Elizabeth Moon’s The Deed of Paksenarrion and Elizabeth Haydon’s Symphony of Ages are some of the few I’ve read. I need to read more Margaret Atwood and Ursula K. Le Guin, but … haven’t yet). When I saw that The Mirror Empire had made an io9’s “fantasy books you need to read” list, I went ahead and requested it at my local library. Well, they never got it in, but it was a Christmas gift and I am beyond thrilled with it.

The plotting and writing and setting and characters are all amazing, but my favorite thing about it was the cultures. One culture has five genders, which are not assigned at birth, and it’s considered the height of rudeness to misgender someone. Another culture has three genders– male, female, and something a bit like intersex– all of which are assigned, but one character from that culture has a body that transitions back and forth between male and female, and the people respect that fluidity.

In short, I cannot wait for the sequel.

I discovered Kristin Cashore’s Graceling when a WordPress blog I follow (wish I could find it again!) did a review of it, and it raved about how well Kristin handled the “strong female protagonist” trope. Kristin had an opportunity to subvert some of the trappings that come along with writing about a young female warrior (coughcoughKatnissTriscough), and she did it so fantastically well. I cannot say enough good things about this entire series, especially Fire.

Each of these women claim and own themselves in such a gloriously fierce way, and while each book features a romantic interest, they’re just … different. As in realistic. At least, to me. A relationship where the conflict/movement is completely unrelated to characters lying to each other or plain just not communicating? Sign me up! There’s also a very frank discussion of reproductive justice in Fire, and one of the struggles that Katsa faces in Graceling is the pressure to get married even though she doesn’t want to. All in all, these were fantastic stories that wrestled with honest questions in a meaningful way.

I noticed when the first book of this series by Marissa Meyer came out and it went onto my list primarily because the “retold fairy tale” genre is one of my absolute favorites. I’ve inhaled anything Gail Carson Levine ever wrote, and both Shannon Hale and Robin McKinley are favorites. But a science fiction retelling of Cinderella? Uhm… alllll the yes. When a friend– whose literary tastes I respect– posted a picture of her reading Cress on her birthday, I decided I would finally check it out. Own a Nook makes this far too easy, y’all. I stayed up all night to finish Cinder, and when it ended on a cliffhanger, I immediately got Scarlet and Cress, and about cried when I found out that the next book, Winter, isn’t out yet. Boo.

The best thing about this series is how fantastic the characters are. Cinder is set in “New Beijing,” and is a cyborg, and dealing with oppression and marginalization is a main theme of the book. Scarlet gets damseled, but is then rescued by two women (yahs!).

My favorite of the three, though, is Cress. Based on Rapunzel, Cress’s primary internal conflict is dealing with the fact that the fairy tales she’s sustained herself on while locked up in a satellite as an evil Queen’s hacker and master spy (because being isolated and shut away from society doesn’t mean you are useless and have no skills! YAY!) aren’t actually true, and she can’t count on other people to save her or make her happy. As an ex-fundamentalist and homeschool graduate … Marissa got it right. In the vein of me finding more women fantasy authors, I picked up Naomi Novik’s Uprooted because Ursule K. Le Guin, Tamora Pierce, and Jacqueline Carey endorsed it, and with that set of writers saying things like “I could not stop reading this book!” I didn’t really have to think twice about buying it. Initially I got it because it seemed like a Beauty and the Beast-type story, but it is not, and it is wonderful. It has more of a Grimm feel to it than many other novels in this genre, and although I don’t typically go for the “dark faerie” feel, this was really good. It made me want to go out and get her Temeraire novels, but I spent my book budget on The Lunar Chronicles, so … that’ll have to wait a bit or until I can convince the library to order them.