One of the reasons why I was initially hesitant to write a review of a book I knew I’d essentially agree with was that I’d move through the book and think ho-hum, or well, duh, or this is just common sense why did we need a book about this. And then I’ll remember– oh, wait, there’s a zillion books out there that actively contradict what I think is “common sense,” so yes, we do need a book like this one. Desperately.

Chapter three, “Dynamic,” was a pretty good reminder of this, because I can’t help comparing this book to others like Real Marriage and Captivating, and I’m bumping into things that are surprising to find in a Christian book about marriage. It’s a little sad that I read a sentence like “And human beings are endlessly complex and surprising” (48), and I want to draw a little heart in the margins because I’m happy they said that out loud.

So often the messages you get from books like these is that men and women can be understood as men and women and we just have to learn what makes your husband a man or what makes your wife a woman and then you’re set. You just have to get “what makes women tick” in order to have a happy marriage– but Zimzum doesn’t go there. They dedicate a whole chapter to the idea that people are different and complex because they are people and it’s what I’ve been shouting during all these reviews and it makes me just so happy that someone else is saying it.

I also loved this paragraph from Kristen:

We all know women who have lost themselves in marriage– giving up their dreams and goals and losing their sense of self in the process. Sometimes women absorb messages from their family or the culture around them or especially certain religious environments that tell her — in subtle ways, not always with words— that she’s not an equal and therefore her needs and desires and aspirations are not as important as her husband’s.

I wanted to jump up and down about a few things she says here. First, she explicitly says how women can “lose themselves in marriage,” which is an idea I’ve seen other Christians reference in books like this but they never go on to say what they mean. Kristen lays it all out– one of the ways we can lose ourselves is to “give up our dreams and goals.” Many complementarian-minded Christians could never actually admit to this reality because they want women to give up our dreams. That is sort of the point. Unless of course our dream was to serve our husbands and be barefoot and pregnant and do whatever he needs to support him and his job or his ministry.

I didn’t get out as much from chapter four, the “Exclusive” chapter, because to me they make observations that apply to marriage but also seem to easily apply to long-term friendships; except, they seem to be making the claim that these things are different from what happens in friendship. For example, one of the ideas they build the chapter around is that shared experiences are important– that building a life together means creating memories together, and that your marriage is enriched by these memories. Which is true … but I also think the same thing could be said of pretty much any relationship. I get why it’s especially important to do this in a marriage, but it doesn’t seem that different.

I also disagreed with the message on the last few pages of the chapter– that it is “toxic” to “put another person into the space between you.” I get why they said this, as involving other people in a personal conflict can be an extremely unhealthy and harmful thing to do to your partner. However … sometimes it is necessary, and I think this is a fairly common idea upheld by American culture: “keep your marital problems private” isn’t something they pulled out of thin air. However, I think the heavy emphasis on this can be dangerous, as it is one of the things that keep people trapped in unhealthy, toxic, or abusive relationships. If they can never talk about the problems they’re having, they will never have access to someone willing to say things like whoa that is not ok and not normal and not healthy.

So while I don’t disagree with the general thrust of their “Exclusive” chapter, I’m again reminded that people tend not to write books like this while keeping the realities of abuse and domestic violence constantly in front of them. 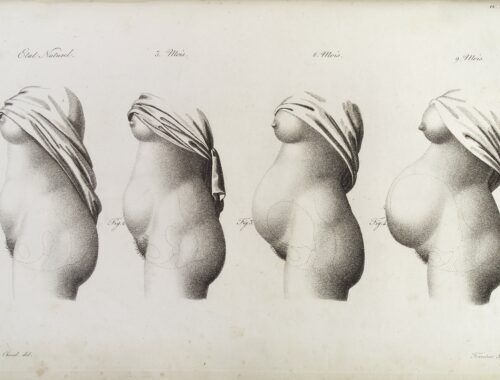 a womb by any other name