Two of the many things I missed out on during my we-didn’t-have-TV childhood were Friends and Gilmore Girls. I’m in the process of rectifying it– thank you very much Netflix– and so far it’s been pretty fun. I really enjoy the way the characters interact with each other, especially how much Lorelai really is almost exactly like her mother … if her mother had pink-furry-telephone taste. I’m also enjoying Rachel’s sudden introduction to paying taxes.

Every single time I see Mrs. Kim in an episode of Gilmore Girls, though, my stomach sinks. There’s the obvious negative stereotypes about Asian “tiger mothers,” and the way it’s obviously meant to play off as humorous reads as racist to me, mostly because her character is incredibly flat (at least so far, but after reading quite a bit of material about her, I don’t think they develop her into a truly nuanced, complex character).

However, that’s not my biggest problem with Mrs. Kim. My biggest problem is that she’s an abusive mother– and that her abuse is accepted as normal, as her “right” to behave as Lane’s parent. In an early episode, Lorelai approaches Mrs. Kim to give her some advice about not smothering Lane, but she premises it with the idea that Mrs. Kim has every right as Lane’s mother to parent her in whatever way she sees fit.

And it’s not just the characters in the show that think what Mrs. Kim does is ok:

It’s also important to note that Mrs. Kim’s choices as a parent were never shamed or undermined … Lane was largely respectful of her mother’s decisions and rules for her life—and so, too, was the narrative of the show.

However, what Mrs. Kim does crosses the line from “ambitious” to controlling, manipulative, coercive, and abusive. Every single last second in her daughter’s life is under the iron fist of her mother, and Lane is given no space to be her own person. I look at the life that Lane is living and in it, I see reflections of the expectations I lived under in a fundamentalist cult. Somehow Lane goes to public school and manages to hide rock music and rouge under the floor boards of her bedroom, but she is terrified of her mother ever finding out about who she actually is.

This is one of the things that fundamentalist parenting techniques don’t explain: there is a whole-wide-world of difference between love and acceptance. Mrs. Kim might love Lane, but she does not accept Lane. If she knew anything about who Lane wanted to be or the things that Lane loves, she would flip out and ground her for weeks on end– and frequently does.

The thing that finally got me was the episode when Lane finally tells her mother about Henry Cho, the conservative-Christian-wants-to-be-a-doctor-Korean-boy. At the end of the episode, Lane calls Rory on a pay phone and tells her that her mother has convinced her teachers that she will be “homeschooled” for two weeks. In reality, she’s not being homeschooled, she’s being punished.

There are plenty of amazing reasons to homeschool; because you don’t think they’ll receive a good enough education, because they’re being bullied … however, “homeschooling” is not something you can take advantage of as a punitive measure in order to dominate and control your children. Homeschooling is not there to be used by parents who don’t like something their child has done and wants to take ‘grounding’ to terrifying levels.

That the show laughs at all of this is nauseating. I wish I could explain all the millions of tiny little things that make my hair stand on end; but any women who grew up in Christian fundamentalism, with marriage being the only end goal allowed and parents that scream at you every time you do something that shows how you are a person different from them … we know.

We see Lane and we see flickers of ourselves. 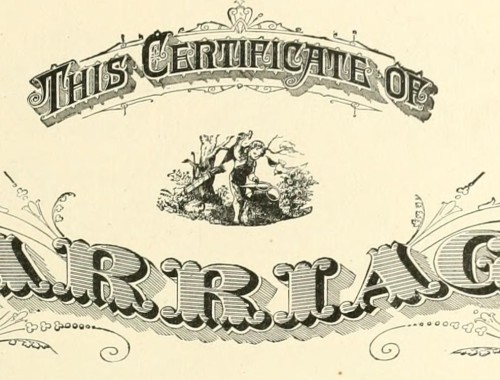