I’m shifting the schedule a little bit this week because today is Bisexual Visibility Day— and this week is the first-ever Bisexuality Awareness Week. This is the first year I’ve been out, and seeing communities come together like this– online and off–makes me incredibly happy. I came out to all of you as bi a little while ago, and so far, nothing has made me regret that decision.

I’ve been thinking about what I wanted to say today, especially since there’s so many awesome people talking about what it means and what it’s like to be bi, but I realized that until I met people like Eliel Cruz and Dianna Anderson, I had never really connected the idea that bi people could be Christians … which is extraordinarily awful, as one of my best friends from college flat-out told me he was bi but I decided I didn’t believe him when he proposed to his boyfriend. Nope, he’d been gay all along, I decided, and “bi” was just a transitory stage. I’m not the first or last person to think that, especially since “how does it feel not being able to act on your bisexuality, now that you’re married to a man?” is a question I get asked all of the time.

But, today, I’d like to talk about what it means to be bi and a Christian, since that’s not something you see all that often.

And, as a bi Christian, I need to ask all of us to stop talking about emotional adultery.

I ran into it yesterday when I was reading Real Marriage, as Grace and Mark reiterate several times how important it is for men and women to only have friendships with people of the opposite sex because the risk of “emotional adultery” is so great, and it makes me feel both anger and despair, because I’ve heard the same message preached from the pulpit less than six months ago, at a church that prides itself on its open-mindedness. It bothers me, deeply, how casual it’s usually presented, too– it’s just assumed by most Christians that this is just common sense. They say things like “be careful not to become close friends with a lady, guys,” as if it’s the most obvious thing in the world, and every time I hear it I want to cry because what they’re saying is:

Samantha, you cannot have any friends.

The reasoning behind “emotional adultery” is that it’s too dangerous for us to be close friends with someone we might possibly ever have pants-feelings for, but the problem is that, for me, that is everyone. I could possibly grow to have romantic feelings and sexual attraction for any person I happen to like being around. Hell, I was in love with my best friend growing up for years and I had no idea until recently– the intense jealousy I felt every time she had a crush on a boy should have told me something, but it didn’t.

Every time someone starts talking about “emotional adultery,” I feel pain because whoever is speaking doesn’t realize I exist. There’s this huge and amazing and beautiful part of me that they’re not just ignoring– they haven’t even stopped to take the time to think about what they’re saying. In my personal experience, every time I’ve stopped someone going off on a “guys and girls can’t be friends” tangent, their reaction has unanimously been stupefaction. Wait– what? is all their faces say and it’s clear that they don’t know what to do with the information they’ve just been handed.

If I can be just friends with women, then all ya’ll need to STFU about how guys and girls can’t be friends, and how risky close friendships are between people of the opposite sex. And I’ve been really close friends with some of the most amazing and beautiful women I’ve ever known, and yeah, on occasion wow she is so hot has interrupted my train of thought, but guess what? I’m a mature adult who values my relationships, and so far I’m the only woman in any of my communities who’s been out as queer. I respect my friends and their boundaries and the fact that they’re straight, and they will never be interested in me that way, which is fine.

It’s the same with all the guy friends I’ve had, too– and I’ve had a few really close friendships with guys. I don’t know what I would have done without those friendships, as they were the people who kept me going when I just wanted to give up, who showed me what love and acceptance looked like. But, even though we’ve spent a lot of time together– even alone– and even though they’ve been my emotional rocks through some pretty wild life seasons, it doesn’t mean that I was doing something “risky.” I was just being a friend.

And, honestly, this whole “emotional adultery” nonsense is just plain not biblical. I know, I know, this is me, trying to put the “biblical” label on something, but I think this interpretation is pretty safe, as “they shall know you by how you love one another” isn’t just about dudes loving dudes and gals loving gals, but everybody loving everybody, and “great each other with a holy kiss” is in there somewhere, and so is that whole bit about being sisters and brothers in Christ.

Being a Christian is about love and support and community, and nothing that I see anywhere in the Bible lends any support to the idea that men and women are supposed to have segregated friendships and segregated communities. 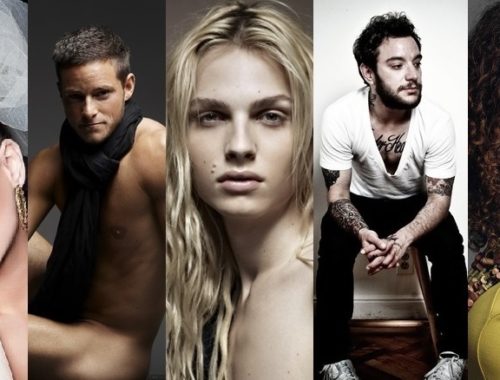