When I was in graduate school, one of the books I had to read was The Power of Words and the Wonder of God, and one of the chapters was written by Mark Driscoll– unsurprisingly, it was on swearing. I didn’t know anything about Mark Driscoll at the time, but I figured out quick that he was a pretty big fan of Martin Luther. As I’ve come to know more about Mark, that he sees himself as a “Martin Luther 2.0” should surprise absolutely no one, and that comes across pretty clearly in this chapter. The first five pages are dedicated to Martin Luther’s marriage to Katherine von Bora, and Mark cannot even begin to contain his enthusiasm:

Their marriage was a public scandal and arguably the most significant marriage outside the Bible in the history of the world.

In the rest of the chapter, Mark is going to spend a lot of time trying to convince us that he isn’t a raving misogynistic chauvinistic pig and that complementarian headship in marriage isn’t demeaning to women in any way whatsoever. However, the way that Mark writes about Katherine upends that completely:

What is perhaps most curious is that their marriage did not start with love or attraction, as Katherine was not physically attractive . . . Martin even confesses to his friends afterward … that the proud and haughty Katie alienated him . . . Even Martin’s friends were not fond of Katherine. He reported that many cried with grief upon hearing of his hasty marriage. (21)

Katherine was not physically attractive? Aish. It’s not exactly as though Martin was some sort of Adonis, but Mark says absolutely nothing about his looks. And, when talking about their “awkward” early days, due– according to Mark– to their “monasticism,” he only gives an example of Katherine being awkward, not Martin.

As the story goes on, Mark describes the blossoming friendship and romance between Katherine and Martin Luther, but it’s clear from the previous five pages that Mark thinks the love that Martin felt for “Katie” was not only in spite of himself (“Good God, they will never thrust a wife on me!”), but in spite of Katie, as well; after all, Martin married an ugly harpy– a harpy who worked very, very hard and sat with him while he wrote his letters and was just there for him as he did all of his amazing man-stuff while Katherine … kept a garden.

The rest of the chapter is Mark and Grace arguing about how important it is for married people to be friends. Which, ok, there’s nothing wrong with that argument on its face. I think friendship can go a long way in a marriage, and I have a hard time envisioning a successful marriage without friendship– all of the happily married people I know are friends. So, while I don’t necessarily have a problem with the message of the chapter as a whole, I do have a problem with how a lot of the specifics get presented, because things like this happen a lot:

I wanted the friendship but without the conflict. I didn’t understand that true friendship involves healthy conflict and hard discussions as God reveals sin and repentance, and reconciliation takes place. (25)

There’s an important word missing there: can. Friendships can involve conflict. However, the way that Grace has phrased this– and from things they both say later on– it is assumed that all friendships must involve conflict, or they are not actually friendships:

We may say we are someone’s friend, but unless we are quick to pursue them in the sin they have fallen into, we are not really much of a friend. (40)

I disagree with that. This is coming from someone who hasn’t even been married two years yet, so feel free to tip in your two cents, couples-with-more-experience, but drawing on both my experience as a partner and as a friend, I don’t think this is true. All of my friendships have involved some sort of conflict, true, but those have been the moments when our friendships have been the weakest and the most unloving. In my marriage, my goal isn’t to “pursue him into the sin he has fallen into,” but to love and accept and encourage.

I’ve had the sort of friendships that Mark and Grace are advocating for here, and one thing I’ve learned after a short lifetime of “friends” who want nothing more than to “sanctify” and “edify” me is that it sucks. Hardcore. I can’t imagine if Handsome treated me the way that Mark thinks partners should treat each other; I would be miserable and unhappy. The fact that my partner encourages me, and loves me, and accepts me for who I am right now while also dreaming with me about everything we can be together is wonderful. We both want to become better people– more loving, more generous, more kind . . . but we are not going to do that by harping on each other every time we think the other has “fallen into sin.”

Also, Mark doesn’t actually believe this, since he fired, excommunicated, and publicly shamed pretty much anyone who dared to disagree with him, particularly regarding accountability.

Interestingly enough, this first assumption– that true friendships are about “edification”– leads to another problem I have with this chapter: Christian elitism.

Only when marriage and family exist for God’s glory– and not to serve as replacement idols– are we able to to truly love and be loved. (28)

It is through the presence of God the Holy Spirit in our lives that we are able to love our spouses. (30)

We are convinced that the couples who pray … together stay together. (36)

The more his need for her and her need to help him are celebrated as gracious gifts from God, the faster oneness and friendship blossom in the marriage. (38)

That last one is also just icky– because they say that a wife needs to “celebrate being helpful as a gracious gift from God.” Whee. Complementarianism isn’t demeaning or chauvinistic at all. Not even a little bit. But the biggest problem I have (for the moment) with these statements is that they frame non-Christian marriages as less than. They probably wouldn’t go so far as to say that non-Christian marriages are doomed to unhappiness and divorce, but by making the claim that we need to place “glorifying God” as the center purpose of our marriage in order to truly love, what they are saying is that people who don’t think of “glorifying God” as a goal cannot truly love. They can love, sure, but not truly love. Any happiness a non-Christian experiences in their marriage is because of luck, probably. Because they couldn’t possibly be building a healthy marriage filled with trust and love and respect and kindness and acceptance– not without God, at least. Not really.

Christian elitism comes out in a lot of ways in Christian culture, and they’re usually wrapped up in sentiments like this one– and it frustrates me no end because of how baldly false it is. I’m friends with a lot of atheists and agnostics, and my friendships with them have been richer and more meaningful and more challenging than most of the friendships I’ve ever had with Christians– and the relationships that I have now with Christians don’t have anything “more” than my relationships with atheists. In fact, most of the friendships I’ve had with Christians have been profoundly negative and have ended horrifically because they felt more entitled to judge and condemn me than to love me.

In short: being friends with your spouse = good. Doing it the way that Grace and Mark think is good (such as, for Grace, “forcing herself to trust him,” 25) = bad. 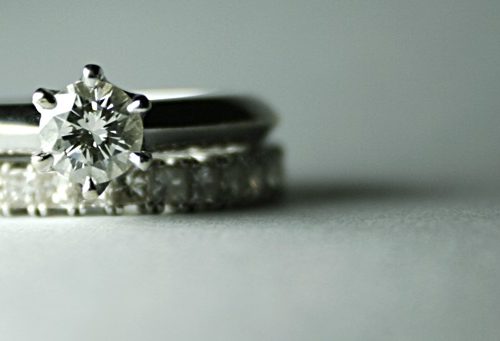