Out of all the chapters we’ve been through, I think this is the one that has the most I’ve agreed with. She focuses on relationships here, and on the whole I don’t think that what she describes and teaches is all that far off base. She encourages love, forgiveness, patience, and adaptability; all are good things.

However, while many of the ideas are fine, it’s how she chooses to describe and frame them that bothers me the most.

All women are not mothers, but all women are called to mother. To mother is to nurture, to train, to educate, to rear. As daughters of Eve, all women are uniquely gifted to help others in their lives become more of who they truly are– to encourage, nurture, and mother them toward their true selves. In doing this, women partner with Christ in the vital mission of bringing life. (179)

All women are called to give birth. Women give birth to all kinds of things– too books, to churches, to movements. Women give birth to ideas, to creative expressions, to ministries. We birth life in others by inviting them into deeper realms of healing, to deeper walks with God, to deeper intimacy with Jesus. A woman is not less of a woman because she is not a wife or has not physically borne a child … When we enter into our world and into the lives of those we love and offer our tender and strong feminine hearts, we cannot help but mother them. (181)

I appreciate elements of her definition of what it means “to mother.” I’ve had two “mothers” in this fashion, and I still deeply care for them both. They’ve had a huge impact on who I am today, and they’ve been great encouragers. But that’s just it– I have my own mother, who is beyond wonderful and I love her dearly, and I have two other women who have done what Stasi describes. Two. I’ve met a lot more than three women in my entire life, and not every single woman has “mothered” me this way. In fact, I would be annoyed if every woman I went to church with tried to do this– it’s a special relationship, and I do not want to have this relationship with this many people, and that has nothing to do with whether or not I like them.

Much of what Stasi describes is actually fairly superficial– in many ways, she’s simply describing what it means to be a decent human being. Describing “this is what it looks like to be a nice person” isn’t a bad idea, but framing it terms of “being a nice person equals mothering everyone” I disagree with.

She moves on from relationships that have a power dynamic (mothers/teachers) to relationships where you’re on more equal footing, which she describes as “sisters.” She makes it clear that not every last (female) peer you have should be your bosom friend, that there are levels of intimacy, but then we get to this:

To have a woman friend is to relax into another soul and be welcomed in all that you are and all that you are not. To know that, as a woman, you are not alone. Friendships between women provide a safe place to share in the experiences of life as a woman. Who but another woman can understand PAP smears and mammograms, PMS, the longing to bear a child, and living in a world that feels run by men?

I think this is the first and only time Stasi will ever even hint and the existence of patriarchy, and it amused me a little.

And, to an extent, Stasi has a point with this. There’s a reason why diversity in representation is so important, and it’s because every group has their own perspective based on their experiences; people of color have a fundamentally difference experience than white people, and women have a different set of experiences than men, which gives them a different perspective. So yes, sometimes, it’s nice to talk to someone who understands what it’s like to feel a grody amorphous blob that exudes congealed, dead blood and wants nothing more than to eat her weight in chocolate once a month.

However, some of the closest friends I’ve ever had have been men. My partner, for one. He definitely “welcomes all that I am and all that I’m not,” and I believe that I do the same for him. The first time I developed a friendship with someone that I felt complete and total acceptance? Also a man. My closest friends all through graduate school were men. They supported me through emotionally difficult times, met me at Starbucks at 5 am to work on our papers together, took me to the airport in the middle of the night so I could catch my flight to my grandfather’s funeral … we bonded over diets and drama and broken hearts and falling in love. It was a man who helped put me back together after my rapist broke our engagement– most of my friends who were women had abandoned me.

I think Stasi and John would condemn all of those relationships as inappropriate, or at the very least as ill-advised and dangerous. I’m a woman. I should only have deep, meaningful, intimate relationships with my husband and women friends. That I’m bi and just as likely to develop romantic attachments with women as I am with men probably wouldn’t even phase them.

This is one of those times when I find gender essentialism disturbing, because I believe it robs all of us of our ability to have amazing relationships with other people, or to even see ourselves clearly. Not every woman is a “mother,” and telling women that the only way they’re capable of having relationships is by either being a “mother” or a “sister,” and then setting limits on what those relationships can look like and who you’re allowed to have them with is harmful. 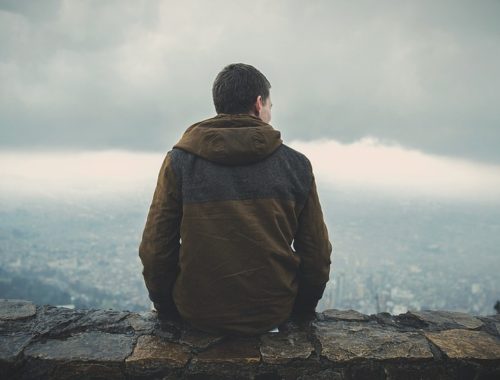