I’ve posted Matthew Vine’s video “The Gay Debate” before, and I’m planning to watch it with my small group this Thursday. The first time I watched it, I was deeply compelled by the idea he opened his talk with: that a good tree cannot bear bad fruit. To me, the idea was remarkably similar to something Augustine said:

Whoever, then, thinks that he understands the Holy Scriptures, or any part of them, but puts such an interpretation upon them as does not tend to build up this twofold love of God and our neighbor, does not yet understand them as he ought.

I appreciated this emphasis on the consequences of what we believe and teach, and I’ve tried to incorporate it as I’ve been delving into my theology. If my “theology tree” would result in harm and damage to people, then I really need to re-think it and maybe go and plant another tree.

I did feel, however, that the video, while effective, wasn’t complete. There are limits to what a videotaped talk can do, and it left with me more questions than I had answers. I started looking into what Vines’ opponents had to say in response, and while their counterarguments were lacking, they did raise some important points.

When I found out that Vines would be writing God and the Gay Christian (set to release April 22), I couldn’t wait to get my hands on it. I knew that a book was a much better format for his argument, and I thought it might answer some of the questions I still had.

It’s a well-researched book, but obviously not exhaustive– or exhausting. While a book like Torn helps illuminate the reality of being both a Christian and gay, God and the Gay Christian moves just beyond that and gives a substantive argument for why the two are not just compatible, but healthy and good. By the time I set it down, I was absolutely convinced: being gay is not a sin. Being gay and being in a relationship is not a sin. Sex between same-sex partners is not inherently sinful, although Vines takes the traditional evangelical stance of reserving sex for marriage.

One of the most interesting things about reading this was the approach he took– very often, people who believe that God doesn’t condemn a gay person who wants to be in a relationship are accused of “dismissing” or “ignoring” the Bible. It happened here on my blog last week– I was told that I was “cherry picking” Bible verses because I was obviously ignoring what the Bible had to say about homosexuality. I insisted that I was not ignoring the presence of those passages, but that I did not agree with the “typical” interpretation of those passages. Vines could never be accused of not taking the Bible seriously or of ignoring the passages (although I’m positive some people will still try to say exactly that), since the book is devoted to those verses.

But, more importantly than that, Vines has something I certainly don’t: a traditional evangelical “high” view of Scripture as inspired and inerrant. I lost that a long time ago, so it was fascinating to watch him unfold his argument from that perspective– and it helped me feel more comfortable with those who also believe in inspiration and inerrancy. It helped reassure me that just because someone believes that the Bible is “inerrant” it doesn’t mean they’re going to fling it around like a weapon.

Vines points out that, historically speaking, sexuality wasn’t understood in terms of orientation, and that ancient societies tended to perceive sexuality as a matter of appetite. Men who had sex with other men weren’t gay– they were seeking “more challenging” experiences in order to satiate an enormous appetite for sex. Vines argues that was a central part of what Paul, especially, was writing about: not orientation, but excessive and uncontrollable (possibly abusive or exploitative) appetites.

In the midst of presenting all of that, however, he spends a lot of time talking about how ancient Greek society saw everyone as being capable of wanting sex with opposite-sex and same-sex partners, and how that was generally understood to be a result of excess. In bringing that up, he does nothing to mention that bisexuality, just like gayness, doesn’t correspond to that model. Being bisexual is just as much a matter of orientation as being gay or lesbian, and it has absolutely nothing to do with being “greedy”– which is a common misconception hurled at bi people.

He doesn’t actively lump in bi people with that historical conception, but that conception lingers today, and he didn’t address it at all. I personally felt that he did what straight people commonly do; being bi isn’t a part of his lived experience, so he . . . just forgot. This is not an egregious failing and I still think his book needs to be read and shared and discussed, but it bothered me.

There is, however, something I really appreciated about Vines’ approach. I just finished reading Boyd’s Benefit of the Doubt, and one of the central focuses of the book is reading the Bible not as a legal contract but as an illustration of the covenantal, trust-based relationship God wants to have with us. I think God and the Gay Christian is an excellent example of how to do that– even with his “high view of Scripture,” he wrote out a way for us to stop seeing the Bible as a legal contract to constrain our behavior and put boundaries on our relationships, but as the open, loving, give-and-take conversation with God that it was intended to be.

That all said, I think God and the Gay Christian needs to go on every Christian’s to-read shelf. I think that the biggest reason why bigotry seems to be such an integral part of the evangelical cultural experience is simply because many people have never encountered what Vines argues. Not everyone is going to be convinced, of course, but at least they’d be more aware– hopefully they’d even stop telling people like me that we’re “clearly ignoring the Bible” and understand that there is more than one way to interpret the Bible, even when it comes to LGBTQIA persons and their lives. 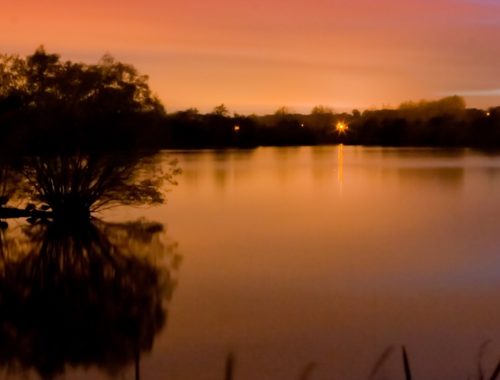