The day my guest post “God is Done with You” came out, I was contacted by a lot of people trying to find out more about what I’d described. One of them was a radio show host, who managed to accomplish what I could not: to get PCC to go on record. Their reaction was about what I’d expected– “categorical denials” and accusing those of us who have come forward of “victimizing and harassing” the college.

Their first statement came out last Wednesday–on March 12. Yesterday, March 18, President Shoemaker read off a statement during chapel. I have an audio clip of his announcement, which Dale Fincher uploaded. I encourage you to read both the official statement and Dale’s response– I think Dale addressed some significant problems with how PCC has handled everything so far.

I’m not going to go over every line of the statement, but I would like to point some things out.

Through the years, the Lord has protected PCC’s students, faculty, and staff; reports of harassment in any form have been quite rare. However, in today’s world there are increasing incidences of sexual violence, assault, harassment, and abuse. I imagine that in a student body as large as this, some of you have had to deal with these terrible issues.

Shoemaker is far from alone in this line of thinking. It seems typical, at least in my experience, for American evangelical culture to turn a blind eye to the harsh reality of abuse today. That attitude probably isn’t that far off from American culture in general– I think we’d all prefer to believe that abuse is rare, so many of us decide to believe that it is. Shoemaker is choosing that option here when he says “some of you” when the horribly reality is that it probably is many of you. Using the most reliable statistics we have, up to 37% of PCC’s student body has probably experienced some form of sexual abuse.

When he says that PCC has been “protected” because “reports of harassment . . . have been quite rare,” he is dismissing  the basic premise of my article– that reports of “harassment” are rare because students are terrified of reporting. From the research I’ve been doing with the Escambia County records department, I don’t think “rare” is a good word to use, either, but I’ll know more for sure when I have all the records from the past 12 years in my hands.

Also, in this speech and in the Pathway, the word that they’ve chosen to describe sexual violence is “harassment.” That happened in David’s story– when he was interrogated by the Assistant Dean of Men, he was asked if he’d been “harassed.” What had happened to David is legally defined as aggravated rape, and the Dean asked if he’d been “harassed.”

That is a problem, because PCC has chosen to use soft, minimizing language. I know that words like rape can be intimidating, but as long as we describe the brutal horrors of rape as “harassment”— and treating sexual harassment as inconsequential by putting the idea inside parentheses– they are handicapping victims. They are saying you’re getting upset over nothing. It’s just harassment.

Reports of sexual abuse can be made without fear of recrimination; and no student is punished for being the victim of wrongdoing.

No, instead they’re punished for being fornicators and liars.

It is the responsibility of any student who believes that he has been the subject of legitimate harassment (not frivolous or groundless allegations) to report the incident immediately to a representative of the Student Life Office who will follow the College’s due process in the investigation of the alleged harassment.

That is one of the quotes from the Pathway that Shoemaker used. I think this passage is especially important, because it highlights the unhealthy attitude that PCC has. If a student has been “legitimately harassed,” it is the responsibility of the student to report it immediately.

There are multiple problems with this policy (“legitimate rape,” anyone?), but the primary problem with this is that it has enabled victim blaming. That might seem like a stretch, so bear with me.

What this policy has done, in practice, has made it possible for victims to be at least partly blamed for what happened to them. It has to be “legitimate” (with zero explanation as to what constitutes “legitimate”), and the report has to be made immediately. I’ve talked to a lot of people about their experiences, and one of the common patterns has been the administration asking them “why did you not come forward sooner?” and then using their delay as evidence that the victim was not really a victim. A true victim would have reported it immediately. Since they didn’t report it immediately, they must have “wanted” it.

The college employs four counselors credentialed by graduate degrees in counseling, and a fifth credentialed by over 40 years of counseling experience. These trained counselors are equipped to provide biblical guidance and confidentially assist students with a variety of concerns include sexual abuse.

I’ve talked about “nouthetic” or “biblical” counseling before, and I believe that PCC is on the extreme end of the spectrum as far as their views on “biblical counseling.” While I was a student there, the only textbook required for the class Educational Psychology was Why Christians Can’t Trust Psychology, and everything I learned about the “pseudoscience of psychology” while a student there was that it is evil, corrupt, humanistic, and anti-God. Given that this was their attitude (at least, in 2009, but I don’t think much has changed), I find it extremely unlikely that their counselors are “equipped” to “assist students” with any form of abuse, much less sexual abuse.

Anyway, while this statement is “better” than the one they released on March 12, it still is illustrative of larger problems at PCC. They act on the belief that abuse is rare– when it is not. They have policies in place that reflect some of the dominant myths about rape. They minimize the suffering of abuse victims by calling it “harassment.”

In short, I stand by my original statement: that PCC is not a safe place for victims. 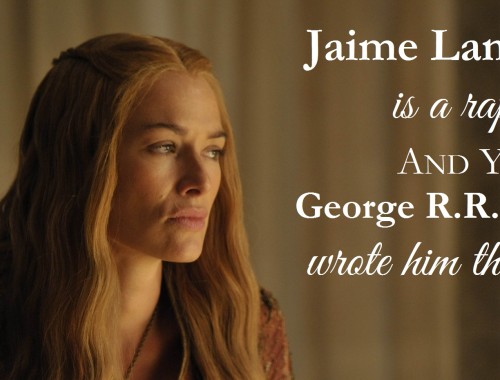