Thankfully, this chapter was a little easier to get through, compared to last week’s. We’re back to Helen’s ordinary shenanigans, including her horrific twisting of literary characters in order to suit her purposes (it’s Natasha from War and Peace this time). One of the things that bothers me about the way Helen interacts with fictional characters is that it’s not much different than how she treats actual people– she reduces their complexity and nuance down to a single trait. All of our richness and depth as people is lost in favor of making sure women understand they’re not allowed to be complicated and human.

Her discussion on what it means to be “radiantly happy” is the same sort of always/never dichotomy she’s set up the entire book. You must be radiantly happy, you must not be serious or somber.

So what exactly is “radiant happiness”?

Radiant happiness is a voluntary quality such as when you suddenly decide to smile. It is cheerfulness, laughter, singing, joyfulness, smiles, bright eyes, sparkle, vivacity, enthusiasm, optimism, a sense of humor, a sunny disposition, and . . . the power to lift the spirits of others.

Ok, then. I don’t know about you, but this, to me, sounds like a personality trait, and it’s probably the most straightforward example of how Helen really wants women to change their personalities according to what she thinks men like.

But first, a confession: I fit this description . . . most of the time. I am one of the people who have this personality trait– this sort of “radiant happiness” comes easily to me, although I don’t think I’d ever describe it in terms of happiness. I’m vivacious, energetic, enthusiastic– I love laughing, and I sing a lot. And, since I’m one of the people with this trait, I know first-hand that a lot of people find it annoying. Over time, I’ve had to learn when to tone it down and when I get to let go. When I was a child, my mother described me as a “1,000-watt lightbulb among nightlights.” While this “radiant happiness” can be a boon, I’ll be the first to admit that it can get a little overwhelming. Other ways I’ve been described? “The Friendly Freight Train.” “The Friendly Bulldozer.”

So, when Helen spends the rest of the chapter talking about just how much men adore women with this quality, I know from personal experience that it just ain’t so. Sure. Sometimes my bubbliness is your particular cup of tea– and sometimes it’s not. I happen to be a good match for my partner, but I know plenty of people who wouldn’t be able to stand being in the same house with me after a week. There’s a reason why all of my best friends in college decided not to room together.

Helen’s insistence that all of the things that she’s described– most of which have been personality traits– are things that all men are guaranteed to lose their minds over leaves me exasperated. People are different. It seems like such a basic idea, but apparently not when it comes to relationship advice. Nope, then it’s all one-size-fits-all.

Also, Helen does not let you forget that everything you do, you must do it for teh menz. Women who “lack beauty… due to irregular features” all have “radiant happiness” because they have “worked diligently to make up for their defects by acquiring qualities that really count with men.” And “Women have always tried to be attractive to men.” One word, Helen: lesbian. Also, there are an amazing amount of straight women who could not give a bother about how attractive they are to men– myself included. I’ve been called a d*** more than once in my life and have had multiple men tell me that I must be gay because I don’t care about what men think about me.

Moving on, women who are “radiantly happy” are never “overly serious” and would never tell a “silly joke,” which could “detract from their feminine charm”– I suppose because it takes intelligence to by funny, and we can’t have that in our women.

The one thing I do agree with Helen on: one of the best lessons my mother ever taught me was to laugh at myself, and it’s served me well. I’m not going to go as far as Helen and say that all women everywhere must react to every little mistake or misfortune with laughter– that’s just ridiculous– but being able to dump spaghetti all over the kitchen and yourself (a situation Helen describes shortly after they’d gotten married) and then laugh can be a healthy reaction. It’s not the only healthy reaction, though.

Over the summer I had a few cavities filled– one of which was in between my front teeth. I got something stuck there Saturday night, and when I  flossed, I ripped my filling out. It wasn’t horribly painful, and I got it fixed in 20 twenty minutes on Monday, but on Saturday night for reasons beyond my comprehension I was upset. I started crying, and then I got really angry, and then I was crying again, and then I was stomping out of the apartment to go get a temporary filling from CVS. I don’t know why I didn’t just laugh this off like I normally can, but my tears, anger, and then grumpiness certainly didn’t make me less attractive to my partner– because my partner is an adult and he is more than capable of seeing me as a complicated human being.

But, to Helen, my reaction Saturday night would have beyond-the-pale awful. I should never have allowed myself to be upset over ripping a filling out and then having to go to the dentist on Monday to get it filled again. No, I should have stood myself in front of a mirror and practiced “smiling with my entire face” before I let my partner anywhere near me.  Because, to Helen, I don’t get to be a person. The only thing I could possibly worry about is whether or not some patriarchal chauvinistic misogynist thinks I’m attractive. 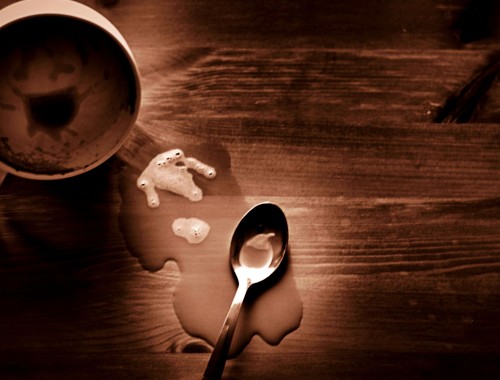 "he doesn’t mean anything by it" is a horrible lie