and yet ANOTHER internet controversy!: going to church

Honestly, when all of this hubub showed up on my facebook feed on Monday, I was quite honestly just … bored. I read Donald Miller’s original article, “I Don’t Worship God by Singing, I Worship Him Elsewhere,” and my only thoughts were, “oh, that’s neat.” And then I read a dozen buzzfeed articles on cats. I really like Donald Miller, and Blue Like Jazz has been on my wishlist for ages, but this article didn’t say anything radical– at least not to me. Another person has discovered that– spoiler— God doesn’t just exist in church. Yay for everybody.

But then I saw so many conversations spring up– on facebook, on twitter, in comment sections– and it took me by surprise. Why are people talking about this? Some dude doesn’t regularly attend his church and this is worth talking about? Ok, then, world, you’re a strange beast.

And then this happened.

And then The Gospel Coalition threw their hat in the ring.

Even after following all of that, and reading through a number of conversations, I still don’t get it. Mostly because I think that most of the people having these conversations deeply misunderstood Miller’s original point, which was that church hasn’t been the best way for him, personally, to have a good relationship with God. Since that’s been true for me basically my entire life– and true for mostly everyone I know– it just seemed… ho-hum. Like he was just saying out loud what everyone already thought. Most Christians go to church, that’s true, but I think if we were all being honest with ourselves we’d admit that nope, church attendance isn’t really the cornerstone of my relationship with God.

Miller’s already addressed anything I would say about the general arguments, but there is one path in particular I wanted to follow, because it especially leaped out to me because of my religious background. It’s encapsulated pretty well in “Donald Miller’s Prescription for Spiritual Suicide” by Denny Burk:

I don’t know what else to say except that this is profoundly disappointing. Not only that, it’s also dangerous. It’s a recipe for spiritual suicide. I am not denying that people have different learning styles. I am denying that different learning styles in any way trump what God has said to us about His church. The scripture is very clear that the local church is the matrix for Christian discipleship. In short, you cannot be a follower of Jesus and be indifferent about the church.

First, and you all probably know I’m about to say this: anything that comes after “The Bible Clearly Says” is not something I’m going to give a lot of attention to. Burk almost lost me at that paragraph, but I finished the rest of the post, which he ended with how “nothing could be more dangerous to your soul” than … not attending church regularly.

I don’t attend church regularly, and I don’t for entirely different reasons than Donald Miller. A huge part of it is that I’m just not the healthiest person, but the biggest part of it is that almost nothing is more damaging to my faith or my relationship with God than going to church.

Seriously. When I muster up the strength to face a church service, I sit through the entire thing cringing most of the time. Most of my negative experiences have little to do with anything happening at the church service I’m in, to be clear. Most of the time, it’s because my pastor occasionally does or says something that reminds me of them— my abuser, my cult-leader– and, although it’s nothing really to do with this pastor, or this church,  I spend the rest of the sermon fending off a panic attack.

Rarely, though, something happens in a church service that makes me walk out of the building saying fuck it I’m not putting up with this shit anymore fuck it all to bloody hell fuck God fuck his church fuck all these bloody people I’ m never coming back to this fucking place.

Welcome to the inside of Samantha’s head when she’s disturbed by how blind the church can be to how evil the world is and how the church can hurt people.

Anyway, what I think most of Miller’s critics have completely and utterly missed is that a traditional church service is not the same thing as community, as worship, as anything like what’s described in the New Testament. I mean, it doesn’t take a Bible scholar to read Acts of the Apostles and see that church services mostly consisted of everyone getting together for dinner and then talking about Jesus. I don’t exactly need song leaders and sermons for that.

But, again, in all these conversations about “church” there’s a huge part that’s missing: there are people who have been abused by churches, by pastors, by religious teachings, and that most of what’s hurt them happened during church services. Telling people like us that avoiding our triggers, that staying mentally healthy, that struggling to have any faith at all outside of the environment that causes us so much pain is a recipe for suicide is wrong. That all of the people who don’t go to church for whatever reason are horribly bad, neglectful, uncaring, un-spiritual Christians– if we even get to be Christians at all, which according to people like Denny Burk, that’s not even an option.

No, I don’t go to church very often. But, honestly acknowledging that church is not a safe place for me, and overcoming all the mountains of guilt and shame I feel when I don’t get out of bed on a Sunday morning has been the best thing that’s ever happened in my relationship with God.

walking through the woods in wonder 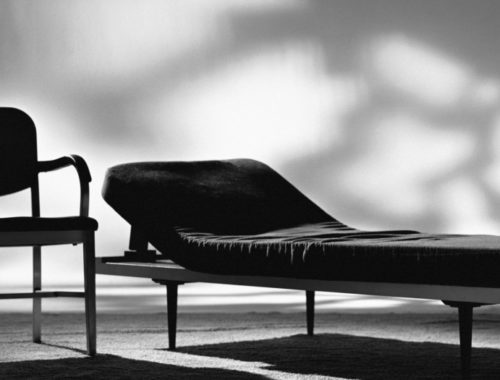