I grew up in the Deep South– from the time when I was 10 years old until I was 22 I lived in a small town that was, culturally, very much like “Lower Alabama.” I’ve talked about my experiences growing up in this community before– how the media only really reported crimes committed by black people, how the town was still run by people in the KKK, how I was in a revival service where a black family was commanded to leave.

When Duck Dynasty first became popular, I was initially confused. I saw a few minutes of the show, watched a few commercials, casually flipped through a few of the books, and it just boggled me. I’d grown up knowing families that were virtually indistinguishable from the Robertsons– and I wondered why so many of the people I knew seemed obsessed with the show. I didn’t get it. I chalked it up to my experience with rednecks of the Duck Dynasty variety; to me, there wasn’t anything novel about it. I shrugged– just more reality television.

And then yesterday happened.

The GQ article “What the Duck?” went up Wednesday night, and some of the people I follow on twitter– in this instance, men and women of color, people like Rod— resignedly made the comment that it was doubtful that anyone was going to notice the blatant racism in Phil Robertson’s comments. They observed that the internet would probably explode over his bigotry (and I do not use that word lightly) and skip right over the racism. Women like Trudy have shown me how racism is constantly downplayed, ignored, and dismissed.

When I woke up and went over my Facebook feed the next morning while eating my Frosted Flakes, my heart sank and my stomach twisted. I’d already read the original article, so I knew what he’d said, and the racism had leaped out at me. It broke my heart that many of my friends– and not just Facebook “friends” but real-life-relationships-with-meaning-friends– were posting endless streams of “I <3 you, Phil!” and “I support you, Phil!” and “Bring back Phil!” pictures and statuses.

I hoped against hope that none of them were really aware of what Robertson had actually said. I hoped that they were merely jumping on the bandwagon, that they all believed that Robertson’s comments had been mild and not a gross divergence from what most conservatives say or believe. I hoped that if I took the time to talk about his racism and his bigotry, if I gave them the original quotes from the GQ piece, that they would realize that Robertson was not an example they wanted to be lauding.

But the biggest reason that it broke my heart, seeing all of that yesterday, was because not even a few years ago, I could have easily said the exact same things that Robertson did. And, looking back, I did say some of those things. I argued against gay marriage using the same ideas that Robertson expressed. I’d dismissed racism using the same exact methods. I’d done that. I’d been that person. Perhaps I hadn’t quite used the “coarse” language Robertson had– but it doesn’t matter how I said it. I’d spent most of my life erasing the brutality and horror of racism and bigotry.

So I spent all day yesterday trying to engage with people, trying to show them how what he said was so bigoted and racist. I gave them the quotes, over and over, tried to point out to those who were arguing that people were over-reacting to his comments and dismissing the issue as “irrelevant” that maybe you think it’s irrelevant because you’re straight. Maybe you think it’s not hateful because you’re white … But trying to point out that being blind to the suffering of black people under Jim Crow made me the racist one.

I never, with my eyes, saw the mistreatment of any black person. Not once. Where we lived was all farmers. The blacks worked for the farmers. I hoed cotton with them. I’m with the blacks, because we’re white trash. We’re going across the field…. They’re singing and happy. I never heard one of them, one black person, say, ‘I tell you what: These doggone white people’—not a word!… Pre-entitlement, pre-welfare, you say: Were they happy? They were godly; they were happy; no one was singing the blues.

There’s already been enough commenting on the bigotry displayed in Robertson’s statements, and while talking about homophobia and anti-gay bigotry are important, I thought that most people understood that lumping gay people in with bestiality and terrorists is unloving– usually. Yesterday kind of shot that horse in the face, a bit. But, coming from the background that I do, I actually do understand why people don’t think the comment above was so bad. Look, he’s not racist! He’s identifying with black people! Or He’s not talking about racism. He’s talking about entitlement programs. It’s extremely frustrating, but I get it.

So, I wanted to try and do my best to succinctly explain why this comment was so horrifically racist.

First of all, Robertson is talking about growing up Louisiana, and he’s 67, which would have made him 22 the year Martin Luther King, Jr. was shot. He was a teenager and a young man during some of the darkest days in the South, and in this comment he makes the claim that he “never, with my eyes, saw the mistreatment of any black person. Not once.” He’s talking about a time when racial segregation was everywhere, Jim Crow laws were in effect, and lynching was so bad in the United States that Paul Robeson was able to argue that people in the US were committing genocide under Article II of the UN Genocide Convention. Life for black people in the South was so brutal that nearly every black person who could get out of the South left— over 6 million people.

This is what Robertson was talking about when he said that he “never saw the mistreatment of any black person.” A few things are making this sort of statement possible. The first is that Robertson, because of his racial privilege, is capable of dismissing the  atrocities of pre-Civil Rights racism as completely non-existent. The second is something that most people in America have done– in order to ease our guilt, in order to glory in the “good ole’ days,” we have erased the stories of black people. We have looked into the eyes of suffering, and as a people, we have ignored it.

Instead, we have created a different story. We’ve created, together, this bucolic vision of white people and black people laboring side-by-side: both poor, both oppressed. We’ve bonded this cobbling together of nostalgia, and shared suffering, and catharsis and redemption, and we’ve used it to argue for a “post-racial America.” If we can take down the burning crosses, and bury the countless dead, and together exalt in “I have a dream!” echoing in the empty chambers of our hearts, then we can give ourselves absolution.

And, with our guilty consciences expunged, we can move on to ordering men and women of color to move on with us. That Jim Crow is over and gone. That racism doesn’t exist anymore. That they should join with us in the shared effort of the American dream. That they need to give up their Affirmative Action and other “entitlement programs” and stop “singing the blues.”

He closed his eyes. 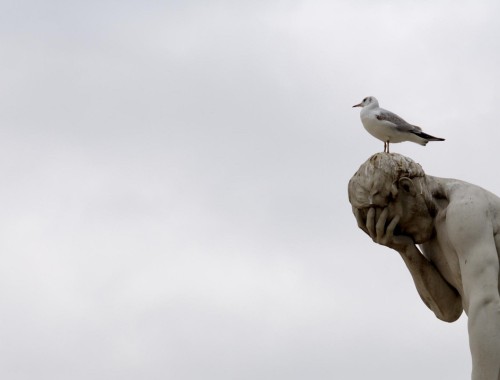 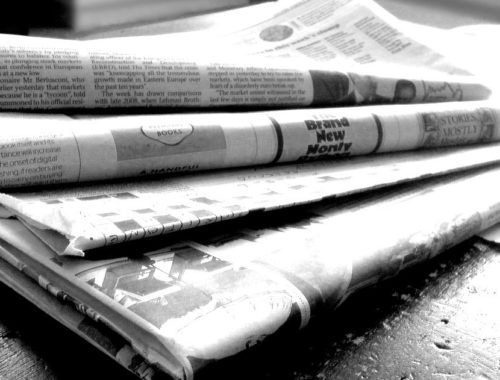 stuff I’ve been into: May edition