help! my parents are duped!

A few years ago, I started avidly reading everything Boundless.org published. I had a few favorite writers, including Candace Watters who wrote “Learning from Ruth.” At the time, I was thrilled that anyone was saying anything about the Christian dating environment and telling women it was ok to step up and ask a guy out. So, I “liked” their facebook page . . . and then never unfollowed it. I probably should– since, as you all know, I’ve become a stark-raving liberal feminist universalist errantist . . . apparently. Anyway, about a quarter of the time I read their posts just for shits and giggles– but, most of the time, what they post is either boring or annoying. But, occasionally, like this morning, they’re infuriating.

One of the the things that Boundless does is answer letters from readers, giving them advice about life and such. I’ve covered one such letter before (and by “cover” I really mean “rage-stomped-all-over”). They put up another letter this morning and titled the post “How can I convince my parents to find a new church?” I knew that I was being ridiculous to hope that the letter-writer was worried about his parent’s crazy-conservative/fundamentalist church, but I was intrigued by the title anyway, so I clicked it.

I’m a college student, and the church my parents attend back home is not biblically-based. It has worsened in recent years, allowing female pastors and preaching sermons on how to be a good person rather than explaining Gospel truth. My mother recently told me that the Bible study she is attending taught her that the creation story as given in the Bible isn’t true, but it’s a myth to explain an underlying truth that God is in control.

How do I share truth lovingly with my parents without usurping their authority? I want them to flee from this church and find one that preaches the Gospel, but they don’t want to leave the community behind and have been duped into believing that what the church is teaching is good. My heart breaks over my family. I’m praying for them, which I know is paramount. Is there a good way to lovingly convince them they need to find a new church home?

WHERE DO YOUR PARENTS GO TO CHURCH?

BECAUSE THAT CHURCH SOUNDS AWESOME.

I wouldn’t know what to do if my church was open to thinking of parts of Scripture (such as Genesis 1-11 cough) not as something that has to be literally, factually true, but something that we can read to discover larger, more valuable lessons. Like, oh, I don’t know, highlighting the fact that the Genesis creation narrative is orderly and intentional and completely unlike most other creation myths that involve the world being created by gods who were fighting with each other and went oops we made a planet. Personally, I find that particular truth a lot more valuable than “you must believe that days were 24 hours before there was even a sun that the earth revolved around!”

Also female pastors? Thank you I’ll take that. The church I’m attending on-and-off recently named a female pastor: the woman who was previously in charge of the children’s ministry . . . and is now in charge of the children’s ministry. Yay. Granted, this is a huge step forward. I’ve whined quite a bit about how it’s unfair that most churches have women serving a role that if a man was filling it would be called “pastor of _____,” so the fact that this church actually acknowledged that she was already being a pastor and recognized that she deserved respect and the title is a huge deal, and I’m not begrudging them that. This is, however, in the same church where women aren’t allowed to serve on the elder board, so . . . baby steps, I suppose.

But the biggest problem I have with this letter writer is that this young person believes that his or her parents have been duped and something absolutely must be done about this right now. “Duped,” to me, says a lot about what this person believes about people who could think that woman can and should be pastors and are open to thinking of the Bible in different ways.

And, it stung, even though he or she wasn’t talking about me and doesn’t know I exist, because it’s the reaction I’ve gotten from friends and family. I’ve been duped. I’m only thinking this way because I’m young, and someday I’ll look back on all this feminist ridiculousness and laugh. I’ll come around, once age and maturity have convinced me I need to be a Tea Party Republican Complementarian again. I’ve had people tell me that they don’t want to be publicly associated with me. When I try to talk to some, conversations quickly dive into “you’re denying what the Bible clearly teaches” territory pretty fast. If we’re talking about something political, the “you’re just saying that because you heard some famous liberal person say it” card occasionally gets played. And I just want to start tearing my hair out at that point because under neath it all is “you’re wrong, and I can’t believe how stupid you must be to believe any of this.”

Anyway, the Boundless writer that responded was, once again, Scott Croft (“of “you’re right, you deserve to feel upset because no one’s a virgin anymore” fame). I don’t really have a problem with the advice he gave. A lot of it is probably good advice to follow any time you actually have to confront someone and you expect the conversation to be unpleasant. It was just a little disheartening that he totally agreed with everything the letter writer has a problem with (for example, telling him or her to “focus” on how the “church may not believe the Bible is literally true”).

The only part of the advice I have a serious problem with appears here:

Start with questions. Rather than beginning with a frontal assault of challenge, maybe spend some time asking your parents what they believe about major doctrines of the faith. Once you carefully listen to their answers (without attacking them), you’ll know better what you’re dealing with and may be in a position to ask whether their church believes or teaches the same things.

I’ve written about this attitude before— how evangelicals are trained practically all of their lives not to actually listen to people who don’t agree with you but to listen for the express purpose of finding out “what you’re dealing with” so you’ll know better how to tear their argument to shreds, evangelical-style. The whole point of this paragraph is in the last sentence: you only listen to your parents not to understand their perspective better, or to love them for the human beings they are, but so that you’ll “be in a position” to convince them how they– or in this instance, their church– is really, really wrong.

Scott just assumes that the parents will eventually realize how messed up, and not “biblically-based” their church is. Oh, they’re not going to “run screaming right away,” he says, but they’ll come around– eventually. They’ll see the light, as long as you just keep on praying for them little buddy.

And I’m frustrated, because this letter is just a written-out example of how a lot of conservative evangelical Christians treat people who are more progressive, more liberal– or just people who struggle with doubts and questions. Patience oozes from every word, all the while they’re fighting the urge to roll their eyes so far back into their skull they get stuck there. It’s a frustrating feeling, knowing that you’re not actually being listened to, but that the person you’re talking to is sitting on the edge of their seat just waiting for you to stop talking so they can stab your argument with a brilliant sound bite about what the Bible clearly says. 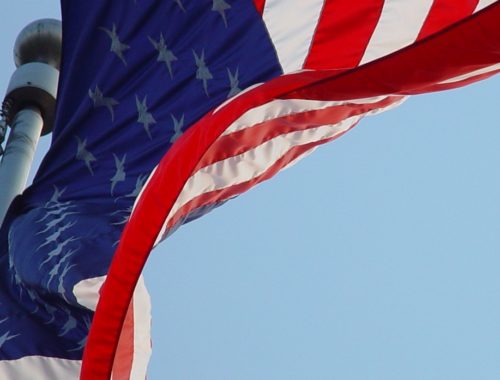