Today’s guest post is from LungFish, who writes about what it was like for him to go from a Baptist, Calvinist, Pentacostal, Evangelical, YEC– to a pagan– and now, to an atheist at Ask an Ex-Christian. “Learning the Words” is a series on the words many of us didn’t have in fundamentalism or overly conservative evangelicalism– and how we got them back. If you would like to be a part of this series, you can find my contact information at the top.

Among the followers of Christianity there is a common misconception that once a person is a Christian, that person will always be a Christian. And any Christian who ceases to practice their faith has not done so based on a thorough examination of Christian doctrine, but, instead, is simply “back sliding.” The definition that many in Christianity have given the term “back slide” (sometimes also called “falling away”) is basically “to fall into sin by giving in to the evil desires of the flesh or the lies of the Devil.” The term is meant to imply a sense of temporary regression in faith, and not a permanent loss of faith.

The existence of this term makes complete sense in many Christian environments. After all, how can someone who sincerely desires to live for truth reject what is believed to be the only undeniable truth in this world (that God is real) unless that person is deceived by some form of evil? This belief is biblically justified by verses such as Jeremiah 8:5, “Why then has this people, turned away in continual apostasy? They hold fast to deceit, they refuse to return.” However, among Christian denominations (and sometimes individuals) there are conflicting views on back sliding Christians – most of which, despite their contradictions, are rooted in various biblical interpretations.

Many adhere to the story of the prodigal son found in Luke 15:11-32 and believe that back sliding Christians are still Christians and will always return to the faith given enough time. Many Christians believe that these back sliders will be taken up to heaven upon death or rapture since that person would have eventually returned to the faith if the necessary amount of time was allowed to pass– many call this the doctrine of “eternal security.” However, that person’s reward in heaven will not be as great as it would have been if the person had never back slidden.

Another common Christian view on backsliding is that a person can enter and exit salvation repetitively based on the current state of the individual’s personal relationship with Jesus. These people tend to combine unrelated Bible passages, such as Revelation 3:16, “So because you are lukewarm, and neither hot nor cold, I will spit you out of my mouth,” and 1 John 1:9, “If we confess our sins, He is faithful and righteous to forgive us our sins and to cleanse us from all unrighteousness,” to justify their belief.

A third view on back sliding exists that is rarely held to or even mentioned among believers:  that there are no back sliders, only apostates. The word apostate implies a state of permanence and is rarely mention in most churches. In fact, I had never heard the word myself until well over a year after my own de-conversion. An apostate is defined as “one who forsakes his or her religion.”

Most Christians consider the act of complete apostasy an impossibility usually due to the refusal to believe that any friends or family that have back slid will ever see hellfire. Instead, most Christians believe that, with enough collective prayer from the faithful, that a back slider will always return to the faith. But the possibility of this belief can be easily argued against using verses such as Hebrews 6:4-6,”For in the case of those who have once been enlightened and have tasted of the heavenly gift and have been made partakers of the Holy Spirit, and have tasted the good word of God and the powers of the age to come, and then have fallen away, it is impossible to renew them again to repentance, since they again crucify to themselves the Son of God and put Him to open shame.”

Lastly, many Christians believe that a back sliding Christian was never really a true Christian to begin with. These Christians quote verses such as II Corinthians 13:5, “Examine yourselves to see whether you are in the faith; test yourselves. Do you not realize that Christ Jesus is in you—unless, of course, you fail the test?”

As an apostate of Christianity, myself, and an atheist, what does the term “back slide” mean to me now? Well . . . as someone who spent six years in a de-conversion process during which my intense study of the Bible, and other holy books, resulted in the rejection of the existence of any god, the term seems completely ridiculous. I now know too much about science and the scholarly study of biblical history to ever be able to return to a religion that I see as demonstrably and verifiably untrue. There is no temporary state of back sliding for me. There is only a permanent apostasy. And if I want to live for what I sincerely believe to be truth based on hundreds of years of collective observations of the great scientific and scholarly minds of this world, as well as my own observations, I simply cannot believe there exists a god in this universe. 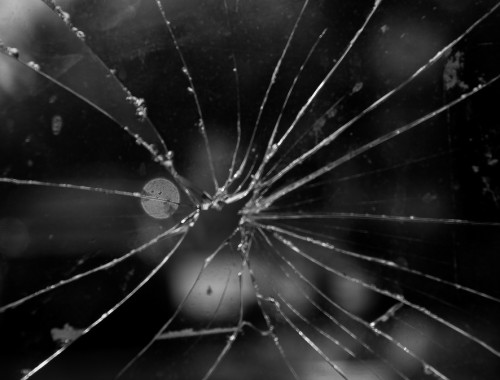