Yesterday, one of my readers bravely allowed me to publish her story as a guest post, and I am fiercely proud of her for that. Telling your story in a public space is a daunting, overwhelming thing. Especially since there are people on this mostly-amazing internet that come to places like this one and jump in, feet first, with statements along the lines of “what happened to you was your fault. You should have ________.”

And, honestly, I expected a comment like that on her post because of part of what is in her story– part of what is in so many stories. And, lo and behold, I got one. I decided not to publish it because the women and men who will come here and read her story must have a safe place. They don’t need to hear that. They hear it from everyone else, and I won’t tolerate it on that post.

But, I wanted to write this because there was a part of Alena’s story that resonated with me on a deep, visceral, whole-body, gut-wrenching level. If you’ve ever experienced sexual abuse in a relationship, you might recognize it, too.

When he held me down, I was confused, even cried and begged him to stop, but he would keep going, He would try to coerce me, saying things like “don’t you like this?” I was weak in my protestations, speaking softly, trying to explain why I wasn’t okay with his actions even as he ignored me and did whatever he wanted. He drew reactions from me I couldn’t control, and that robbed me of the ability to think clearly. I judged myself weak and wanton, because he made me feel things against my will. . .

That part, right there, is the part of her story that grabbed me and wouldn’t let go, because I’ve been there. And I know, from experience, that so many of us have been there. For many of us, this part of our story is what keeps us trapped and silent.

The first physical thing that John*, my rapist, ever did, he did without my consent. We were in the orchestra pit, rehearsing for an operetta, and we were the only percussionists. It was dark, we were in the back . . . I stood up to flip the sheet music, and when I sat back down on my stool, his hand was there, palm-up, waiting to touch my rear end. He arranged it so that I would completely unknowingly sit on his hand and give him the opportunity to grab my ass.

At the time, I didn’t think much of it. I blushed, slightly uncomfortable, but . . . he hadn’t really done anything. It was perfectly innocent, right? He didn’t mean anything by it. Of course he didn’t. And so, I didn’t correct him, didn’t even comment on it.

He did that intentionally.

Like most abusers and rapists, he set up a situation in order to gauge my response. How would I react when he did something without asking me first? Would I call him on it, or would I let it go? If I did get upset about it, how easily could he convince me that it wasn’t worth getting upset over?

I didn’t say anything. I let it go.

And it escalated. Slowly. Little things, harmless things, innocent things– all things that on their own I could brush off and ignore. I wasn’t asking for any of it, didn’t want any of it, and any time he did something my reaction was never positive. It was clear to him that I didn’t want it, but the only thing that he cared about was if I was ever going to say anything. How far were my limits? How far could he push me?

We dated for almost three years. And in those three years he sexually assaulted me well over a hundred times and raped me twice. But, to people like the man that left that comment here last night, I am being “unfair.” He didn’t actually assault me. He didn’t actually rape me. It’s my fault, because I didn’t tell him no “clearly” enough. I didn’t “stand my ground.” I didn’t make sure he knew I didn’t want what he was doing.

To women who have been in sexually abusive relationships, that is a gigantic, heaping mound of horse shit.

Because there is no “No.” It’s a word that doesn’t exist, because our abuser has purposely stolen it from us; robbed us of the ability to think it, let alone say it. There’s actually a term for this predatory behavior: it’s called sexual coercion. Simply put, “sexual coercion is the act of using pressure, alcohol, drugs, or force to have sexual contact with someone against his or her will.” Pressure, in the case of sexually abusive long-term relationships, usually comes in the form of emotional abuse and manipulation.

In my relationship with John* I performed many, many acts against my will. I had no desire to engage in the sexual behavior he insisted on. The thought of performing fellatio on him nauseated me in the extreme– but I still did it. I did it without him hitting me, or forcing me in any physically violent way. Any time he touched me made me sick. The thought of kissing him turned my stomach into knots and made me want to vomit. But I kissed him anyway. I “let” him touch me intimately because I had been groomed, for months on end, to “let” him do whatever he wanted because he wanted it. What I wanted didn’t matter- not even to me.

But, according to men like those from last night, I had the power to stop it, right? I could have said no. I had the option of not letting it continue. Secretly, I must have wanted it. I was sending “mixed signals.”

The first time he raped me– men like those who left that comment last night, if they were standing in that room, probably wouldn’t even call it rape.

We’d gone to a funeral, and made it back to his parent’s home well before he expected them to arrive. He pulled me into the room I’d been sleeping in, told me to get down on the floor and begin masturbating. And I did it. When he told me to pull my underwear down, I did. When he got on top of me and told me to stroke him, I did. When he told me to start trying to put him inside of me is when I hesitated— and instantly the same tired threats began. He started cursing at me, verbally abusing me, making it clear what would happen to me if I didn’t do exactly as he said right fucking now, and so . . . I started to try.

But I stopped. I couldn’t. I didn’t want to have sex with him. I started sobbing, begging him not to make me do it. I pleaded with him the entire time while he started stroking himself and forcing himself inside of me.

So, you, men and women of the internet who think that all we have to do is “say no”?

You can go fuck yourselves. 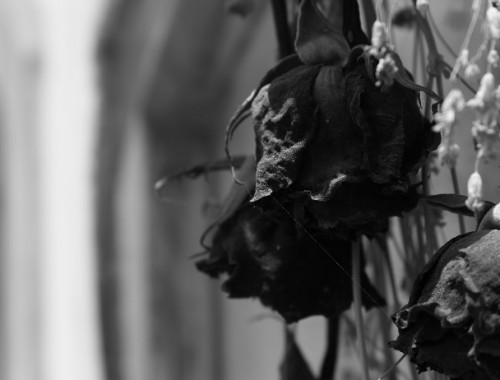