This was written by one of my dearest, bestest, real-life friends, Grace*. She wrote this and sent it to me privately, and I thought that what she shared with me needed to be shared with you, so I asked for her permission to post it. As you read this, I hope you’ll keep in mind the cultural forces working under the surface of what she describes.

Nearly everything that is wrong with Facebook is encapsulated in those six words I received as a private message tonight.

I had share-posted a lovely article about loving God and falling in love with him through reading his words to me.  The article opened with an anecdote about a man who wooed a woman by sending her a letter once a day for 365 days. Sweet. Sappy. The kind of love story many girls long for.

A man commented beneath the post: “How many letters do you need?”

I wasn’t sure where he was going with that. Was he trying to take the super spiritual route? If he were referring to the Bible as God’s love letter to me, I don’t need more than is already written. Or, was he flirting with me? I’ve never been very good at determining these things, so I replied with a cautious, “From whom?”

Hmmm . . . How many single guys on my facebook friends list write letters? Oh, that’s right . . . none.  And even if they did, how many letters would it take before I took any of them seriously? George*, well, if he wrote even a sentence and a half on a dirty napkin, I would probably swoon. But Fred*, on the other hand, could probably write me a hundred letters before I would even begin to consider the possibility of dating him. But all of that is completely hypothetical anyway, because the fact remains that no guys on my friends list are pursuing me in any context, much less a written one. And being that I am a woman with whom words resonate deeply, I have no idea how they would or would not soften my heart toward the individual writing them.

All of this processed through my mind in under a minute; and rather than texting it all out via my phone, I simply answered honestly:

“Considering I don’t receive letters from any of them, I’m not sure.”

My answer was wrong because it made me look lonely?

I wish I could say that I had replied with snarky sass, apologizing that he was uncomfortable with his own perceptions of my meaning.

I wish I could say that I had even not replied at all and allowed him to think whatever he wanted, confidant in the fact that I don’t need his esteem in order to live well.

Those would be choices made by the me I attempt to be on Facebook—Facebook me would confidently flout his absurd judgment and shake my head that he would be so worried for how people might perceive a comment about my Facebook guy friends not writing to me.

Instead, I bowed to the almighty god of public perception and added another comment, saying, “It would probably take 366 because I’m not sure I would settle for a mere year of letters every day.”

I turned a valid answer given with serious thought if not deep explanation into a tongue-in-cheek bit of fluff and light-hearted fun. I scrambled to save my image before any one else would dare suspect me of something as unforgivably pathetic as loneliness.

Because Facebook me isn’t me. Facebook me is the me I wish I were. Or the me that I think other people expect me to be. Always Happy. Always Smiling. Always Positive. Always Adventurous. Always Optimistic. Always confident. Always intelligent. To a certain extent, I am all of those things. But those are only a small fraction of real me. Because none of those things are always. If they were, would I really be on Facebook half as much as I am? Real me has deep insecurities. Doubts. Fears. Moments of deep despondency. Moments of utter stupidity. And hours upon hours of complete boredom to balance out the small snippets of time in which I do the interesting things that show up on facebook. But I’m not allowed to write about any of that or post about any of that.

It would be bad if I were to reveal that I am in fact, deeply, achingly lonely. What would people think of me then? Lonely is unacceptable. Lonely is one step shy of desperate. And a girl who actually desires to get married? Oh, man, does it get any worse than that?

Let’s face it, who doesn’t want to be perceived in the best possible light? Most of the time, my perception orientation is completely unconscious. I don’t think to myself, “hmmm… how can I manipulate people into thinking the best about me?”

It’s when I become conscious that I am doing it that it really bothers me:

What would X, Y, and Z think if I posted THIS?

Some people think this is a ridiculous question to consider. And theoretically, I agree with those people. Yet, I continually find myself coming back to this question that I hate. Because this is not the first time someone has immediately corrected me when I have strayed from toeing the line of socially acceptable posts for a single girl to make.

I was furious, absolutely furious when I wrote that comment modification.

I was furious with a paradigm in which he would think it appropriate, needful, necessary, or even just ok to make such a remark.

I was furious that he asked an open-ended question and then told me my answer was wrong. I mean, it might be one thing if he wanted to recommend that I reconsider my phrasing based on the impression I desired to convey. But to tell me that my answer, which was at least honest, even if it were not as light-hearted as he had been going for, was WRONG?!

What is right, then?

I was furious with me for holding his approval in higher esteem than my own authenticity.

When I confess to God the deepest desires of my heart, I re-surrender time and time again the desire for a man who will value winning my heart enough to write to me AT ALL (much less a specified number of letters).

And because lonely is too pathetic and conveys far too much desperation (because it is dreadfully socially unacceptable for single women to desire marriage and families and a home. That’s just too desperate, don’t you know),  I chose instead to come across as a self-important, narcissistic brat (what? He wrote only 364 letters? Pity that poor fool).

And having devalued something that I actually value quite highly, I was left feeling like a fraud.

Facebook fraudulence—I am guilty of this misrepresentation in the name of garnering public approval. And this is perhaps the greatest fraud of all. For when Facebook becomes less about truly connecting with people and sharing life through the means of technology and more about being a used car salesman for yourself, the only one I truly deceive is myself. 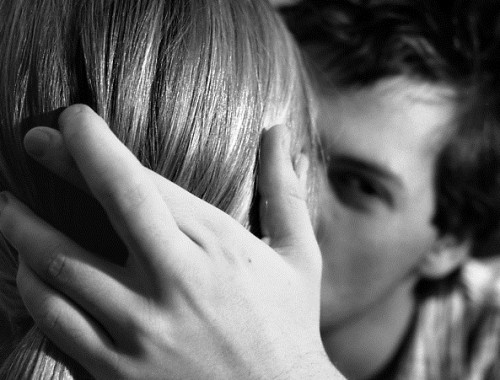 fundamentalist men thought they owned me