I was giving Melody* a drive back to campus and her car. All of the grad students had met up at Moe’s for dinner, and it had been a rousing time– lots of conversations, ideas being hashed out, laughter… You put a dozen humanities grad students at the same dinner table and what you wind up with is a whirling dervish of friendly discussions. That night, we’d even managed to get around to politics, and the resulting debate had been lively, entertaining, and intriguing. There were as many political stances as there were people, and I found myself feeling comfortable with my lack of political identity– no one else at that table was any more firm than I was.

But, during the drive back to campus, Melody laughingly said something that has stuck with me:

“You’re kind of required to be a socialist if you’re an English major. You don’t read Dickens or Dostoyevsky and walk away a capitalist.”

My instantaneous reaction to that was rejection: I wasn’t a socialist, and I doubt I ever would be. I no longer fell inside of the “capitalism is the only biblical economic system!” camp and I’d already given up my Reagan worship, but socialism? No, I didn’t think I’d ever think that was a good idea.

My second-to-last semester in grad school, I took a course on Utopian literature, but most of the works we studied were dystopian– 1984, We, The Handmaid’s Tale . . . For two of the projects, I worked with Do Androids Dream of Electric Sheep? (which is the inspiration for Bladerunner) and V for Vendetta (primarily the film adaptation of the graphic novel). Part of studying these works was asking the question what about these works makes them dystopian? which is a bit harder to answer than one might think.

In Do Androids Dream, one of the primary themes of the book is studying what it means to be human. In the book, part of how humans identify themselves is by setting themselves against the otherness of the androids– I am not an android, therefore I am human. However, this alignment is based on the belief that humans have emotions, primarily empathy, while androids don’t. When Deckard discovers this is not the case, his identity begins unraveling.

As I worked through Do Androids Dream for my project, I found myself heavily contemplating the idea that emotions, especially empathy, are a basic human quality. And, in other research I was doing about disordered conditions and character disturbance, the more I realized that Philip Dick was right– empathy should be universal, and when it isn’t, we notice.

At least, we should.

My project for V for Vendetta revolved around comparing V’s rhetoric to Sutler’s rhetoric, with the premise that you can lie to tell the truth. Sutler almost always tells the truth as he sees it, but it’s actually a lie, and V almost always tells a twisted version of the facts that are the truth– both to himself, to Evie, and to society at large. But, I also realized that the truth they told had everything to do with the world they saw: Sutler saw a world where people were essentially bad, a world that needed a strong, moral, Christian government, or it would spin into chaos and perversion. V saw a world where people are neutral– neither essentially good or bad– but capable of freedom, of making personal decisions that affected them and no one else, with empathy to guide them.

I met one of Handsome’s friends from high school and college. He works with a social program in Detroit– helping young men and women get their GEDs, take college placement exams, and training them in some kind of career skill. When he talks about his work, everything about him lights up. When he talks about the people he works with, there’s love and joy in his voice. He sees the steel-edged hardness of their lives, and he believes in doing everything he can to enable them toward a more hopeful future.

We were sitting on his living room floor, playing a board game, when he started talking about Marxism, and I remember inwardly flinching when he somewhat flippantly threw out “Karl Marx is my hero, man.”

I couldn’t help myself. “But didn’t Marx advocate for bloody revolutions?”

“So what?” He shrugged. Inwardly, I cringed, somewhat horrified. How could he say so what? “Thomas Jefferson said ‘the tree of liberty must be refreshed from time to time with the blood of patriots and tyrants.’ Marx wasn’t arguing for anything very different from that.”*

Karl Marx, and Thomas Jefferson, in the same sentence? It felt like sacrilege.

I met Handsome’s sister, who was working toward her degree in social work. She’s spent a substantial part of her college career overseas, and at the time I met her, was working with convicted sex offenders. She would go on to assist in a program dedicated to helping single mothers in Chicago. All I did was listen to her, and to the stories she told. I listened to her talk about how ineffective she felt, how her hands were tied against actually helping anyone because of the endless bureaucracy and red tape, how the system was infected with apathy.

After I heard her stories, I went looking for more. And I started soaking them up, and for the first time, listening to the suffering going on around me that I had no idea was there. Once the scales fell away from my eyes, I couldn’t look away. I started going back, sifting through all my old memories.

I went back to the single time I walked through the government-subsidized housing in my hometown. I remembered what I felt, what I thought, walking through that neighborhood. The absolute disdain and revulsion I felt for the people who answered their doors. Crack heads and alcoholics, all of them, I was positive. Wasting good government money on booze and cigarettes. Lazy. Perfectly willing to sit on the tax payer’s dime, laughing all the way to the bank. If a man doesn’t work, neither should he eat, I would think as I invited them to church and ask them if they were going to hell.

I relived a moment at the grocery store, when I saw a woman pulling out food stamps to buy her processed food. She should be buying meat and vegetables with that, not macaroni and cheese. I had absolutely no idea that meats and vegetables are some of the most expensive food items you can buy– until I started doing my own grocery shopping on $80 a month, and I spent most of my time in the grocery store enviously looking at fresh produce when I couldn’t afford it.

More and more, I started shrinking away from everything I thought I’d believed about economics, about politics, about society. Phrases that I’d had pounded into me started echoing louder: if you’re not a liberal when you’re young, you don’t have a heart, but if you’re not a conservative when you’d older, you don’t have a brain. All this time, I’d believed that being a liberal meant being stupid. When I started talking about the ideas I was wrestling with, I was dismissed– as ignorant, as young, as foolish, as stupid. I was told that I’d grow out of it, that, eventually, I’d learn to see it “their way” again, and I’d realize how silly and nonsensical I’d been in my 20s.

Because, out of everything I’ve learned in the past few years, the basic lesson has been in empathy, in “loving your neighbor as yourself.”

*specifically, in an an interview at the Chicago Tribune, he said “no great movement has begun without bloodshed.” 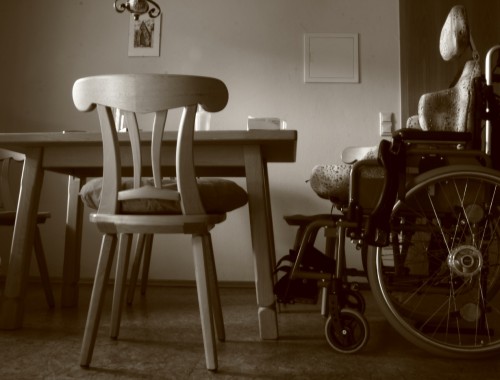 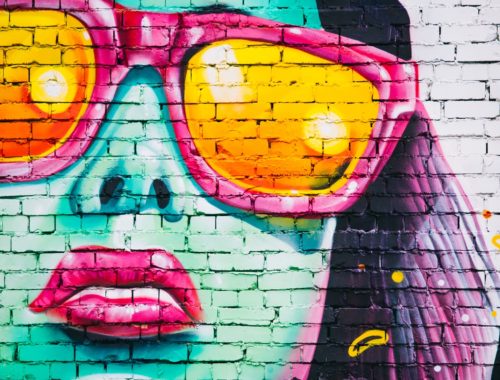