faith of our fathers

The other day, I was listening to a man I deeply admire give an introduction to the book of I Peter, assuming that Peter in fact wrote the book (I Peter is one of the contested books in the canon). As part of his introduction, he included the story of Peter’s martyrdom on an inverted cross. When he told this story, however, he began with the words legend has it.

To many evangelicals, and in my experience especially Baptists, legend is frequently used interchangeably with tradition. As Protestants, we have a lineage of people who stood up against the tradition of the Roman Catholic Church– “traditions” like indulgences, which people like Martin Luther railed against. Many Protestant denominations, with this heritage of throwing off the oppression of an heavily institutionalized religion that was equally as political as it was theological have continued in the same vein. Baptists, in particular, are especially averse to any practice of tradition. They tend to be uncomfortable with liturgies, and calendars, and hierarchies, and sacraments. Many evangelicals of all stripes prefer to stay away from habitual or ritualized practices.

While I disagree with that approach, I can understand it.

However, what saddens me is that because of this negative attitude toward anything that’s perceived as “institutional religion,” evangelicals have, by and large, rejected the true concept behind tradition and replaced it with legend.

When we think of Christian legends, we have a whole host of images that can spring to mind. St. Patrick driving out the snakes. St. Valentine performing forbidden wedding ceremonies. Martin Luther driving his knife into a table top and carving out “this is my body.”

Unfortunately, not only do we think of these stories as legend, we have the habit, now, of thinking of anything that has been passed down to us since the time of the Apostles in the same way– that, somehow, that heritage isn’t quite credible. It’s stories, it’s fables, it’s legend. Useful, perhaps, for interesting sermon anecdotes and illustrations, or for sprucing up theology papers with snippets of St. Augustine, but disconnected from today. We’re Protestants, and the tradition of the Catholic Church doesn’t apply to us, after all. If we were going to accept tradition, why did we even bother having a Reformation?

There’s a joke on the Stuff Fundies Like blog– that the older something is, the better, unless it’s really old, and then it’s likely to be Catholic.

I’ve encountered this attitude a lot– I grew up steeped in it. We did our best to completely disassociate from anything that could be perceived as Catholic, and that included some Protestant denominations. Anything I was taught about the early church fathers came to me heavily influenced by this view. The first time I heard anything that talked about Origen favorably, I was deeply shocked and appalled. The only thing I’d been taught about St. Augustine was that he reveled in and glorified his sin. The only thing I knew about Clement was that he was one of the first Popes, and that made him despicably evil. I didn’t understand anything about tradition. I didn’t know anything about church history that wasn’t insanely biased against the whole idea behind tradition.

When we dismiss and belittle tradition, we are doing ourselves a disservice. It’s not just legend– it’s the teachings that have been handed down to us since the time of Christ. The church fathers worked and sacrificed in order for us to have access to those teachings, and when we reduce that sacred effort to the same level as legend, we lose something profound.

We should be attempting to engage with the rich body of tradition that we have; this engagement shouldn’t mean blind acceptance, but a willingness to confront and wrestle with the same ideas that men and women struggled with millennia ago. While the modern church is facing questions not previously encountered, it doesn’t mean that our heritage has nothing left to offer us. 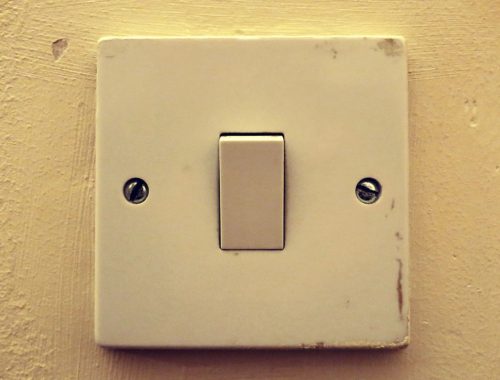