We gathered together in the fellowship hall. There weren’t that many of us, just the core of our church, the people I truly thought of as my extended family. I sat next to Christine* in the old wooden pew, one foot hooked over the rung and the other sweeping across the dusty concrete floor. Pastor stood behind his rickety podium, warning us of what we were about to encounter: we were going out into the world, and we were going to see things we weren’t ordinarily used to. We’d see people drinking and smoking, we’d hear people cursing and rock music blaring. But, we had to ignore all of that and focus on what was more important– witnessing to the lost. Be brave, he said. Have courage and not fear. Speak the truth to a dying World.

We stood and gathered up our bundles of flyers and tracks, packed ourselves into the church’s white sixteen-passenger van, and headed to the city park where they were going to have the fireworks display. When we arrived, the park was already packed. People everywhere had set up picnic blankets, camp chairs, were hanging off the back of pickup tailgates. Southern rock was in the air, and everyone was celebrating. Kids were playing in the fountain, a few people were floating in the lake. For one day, every person in our town was our neighbor.

For the few hours before sunset, Christine and I wandered around with her mother, asking every single family “would you mind if we gave you something to read?” or “could we talk with you for a minute?” Most of the people we talked to were congenial– who would say no to taking a slip of paper from two teenage girls on the Fourth of July, of all days?

But, as we moved around the park, I battled jealousy.

I wanted to have a picnic in the park. I wanted to talk and laugh and drink Coke and wear denim cut off shorts and sing along with Sweet Home Alabama and spread my blonde hair over the blanket and soak up the sun and bask in the spirit of the day, when all Americans are friends.

I fought the feeling as hard as I could. What I was doing was important. So much more important than anything I wanted. I should be ashamed of myself, wanting to waste such a golden opportunity just to do something so carnal.

The summer after I graduated from undergrad, some of the women from my parent’s church invited me to the fireworks display. Instantly, my mind flew to all the Independence Days I’d spent passing out tracks int he park. Initially, I was reticent until I asked what they’d be doing and what she was described was a picnic.

The fireworks were happening Sunday night, and our church had canceled the evening service so their members could attended. Had canceled church. That was simply unheard of, for me. The women carpooled down and we found an amazing spot close to the river. There were stalls everywhere– I gobbled down piping hot funnel cake and spent the lazy afternoon sipping home-crafted root beer. I danced as the 80s cover bland played Kid Rock’s All Summer Long, and spent the afternoon laughing with new friends.

I’m the one in the middle.

My favorite holiday has always been Independence Day. Seriously, I love it more than I love Christmas, and that’s a big deal, coming from me. I think it might have something to do with being an Air Force dependent– I grew up brutally aware of the kinds of sacrifices our military makes. I watched husbands be separated from their wives, mothers separated from their children. I watched parents weep when they found out their child was never coming home. After 9/11 happened, half the people at church disappeared, and when and the deployment length was extended from seven to fifteen months, they never seemed to come back.

After spending three years in a foreign country, I also appreciated the kinds of freedoms and privileges we have here– but I say that with an awareness of nationalistic elitism that plagues this country. But, it’s nice to be able to buy a pizza and not spend $80 for it.

But I have never been more proud of my country than I have been in the past few weeks.

Last week, the Supreme Court declared the Defense of Marriage Act to be un-Constitutional, and I cheered.

Wendy Davis called on her State to do the right thing, to sit up and pay attention, and I stood with her.

Citizens begged Iowa’s governor to be aware of a line item that would do irreparable damage to homeschooling children.

Women in Ohio and North Carolina gather in sisterhood and solidarity.

President Obama called for a higher code of ethics with regards to UAV-enacted warfare.

Men like Snowden (whatever you think of him) exposed the rampant and horrific government monitoring of its citizens.

From all of this, I want to believe that good things are happening in this country. That, for the first time in a long time, we’re collectively marching up to our government and shouting Enough! I will be heard!

We are the People.

What we are capable of doing when we gather together, when we think of all men as our brothers, as all women as our sisters, when everyone is our neighbor, is magnificent. We can unite under a common banner, a common cause, and love each other until we make it. We can stand together and pick each other up; cheer with the victors and wrap an arm around the fallen.

To me, that’s what Independence Day is about. Celebrating our ability, as a people, to get shit done. Together. 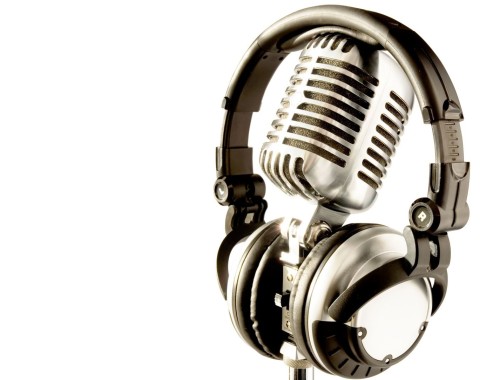 two random things for you to enjoy, possibly

going to the Faire