Psalm 93 is a description of God’s reign on earth– that it is eternal, everlasting, and shall last “forevermore.” One of the images that the poet incorporates is of the steadfastness of the earth: the world is established, it shall never be moved. This is imagery we see in other places through the Psalms; in Psalm 96 the stability of the earth is linked with God’s fairness, justice, and equality. Psalm 104 is especially beautiful,  where the poet describes God as  “stretching out the heavens like a tent” and “covering it with the deep as a garment”; all these images are interwoven with the firmness of the earth “set on its foundations so that it can never be moved.” When David restores the ark to Jerusalem, he repeats the same idea: the earth will never be moved. It is set upon unshakeable pillars and foundations. Along with this concept that the earth is fixed in space come descriptions of the sun and stars moving across the heavens.

These passages, and other passages like it, form the basis for an argument known as geocentrism, or, as AiG puts it, “more properly geokinetism.” It’s the idea that Copernicus, Galileo, and Kepler cumulatively defeated: that the sun, and the other planets in our solar system, revolve around the earth.

We are all pretty familiar with where the story goes from there, especially when Galileo enters. This is where the argument for geocentrism is primarily based on the authority of the magisterium. Church tradition affirmed this teaching, occasionally going as far as making statements during Galileo’s time that heliocentrism is heresy, and contrary to Church dogma. It’s interesting to note that geocentrism still has loyal supporters– from people who are not fringe, like Robert Sungenis.

However, what many of the arguments for geocentrism ultimately reduce down to is this:

If the earth is indeed the center, then God is trying to tell us that we are special to Him. We are unique. We are destined to be with Him forever. This is why He opens His written revelation with the creation account. This is also why the atheists and agnostics want so badly to disprove geocentrism, because if they can do that, they can argue that there is no God. They want to argue that there is no God because they don’t want to be accountable to Him. If science would definitively disprove the geocentric theory, then, as St. Bellarmine suggests, “it would be necessary to proceed with great caution in explaining the passages of Scripture which seemed contrary, and we would rather have to say that we did not understand them than to say that something was false which has been demonstrated.”

If you grew up studying the arguments for Young Earth Creationism, then the  statements I’ve highlighted should sound intimately familiar to you. Because these arguments are what creationism boils down to: If you don’t believe in Creation, then there’s no reason to believe in God. And, by extension, many of the arguments for creationism revovle around how “special” the earth is. Everything on earth is set up to nourish and support life; it is so finely tuned, so perfectly balanced, that it couldn’t have possibly been an accident. It was intentional. It was created.

Except . . . Protestants and Catholics (well, unofficially. Officially, the Church has never annulled the statements regarding geocentrism, athough they issued a formal apology to Galileo) seemed to have gotten along without geocentrism just fine. Spectacularly fine, in fact.

And one thing I’m discovering as I move through new ways of thinking, of ordering my thoughts, of responding to and analyzing ideas, that giving up young earth creationism . . . well, it’s not the earth-shattering, faith-destroying decision I was taught it would be. I can look at how God formed Eve out of Adam’s rib and admit the possibility that this idea might have sprung from ancient Sumerian myth, where the “mother of all living,” Ninti, was formed out of Enki’s rib. I can look at the intentionality and orderliness of the Genesis account and contrast that with other creation mythologies, which were usually chaotic and desctructive, and lack a god calling everything in his creation “good.”

One of my favorite Tolkien works is The Silmarillion, and what I love the most about it is in the first few pages– the Music of the Ainur. In this passage, Ilúvatar creates the Holy Ones, the Ainur, and they make music so lovely that it creates the world. But, Tolkien makes a statement in the first paragraph that has always resonated with me.

But for a long while they sang only each alone, or but few together, while the rest hearkened; for each comprehended only that part of the mind of Ilúvatar from which he came, and in he understanding of their brethren they grew but slowly. Yet ever as they listened they came to deeper understanding, and increased in unison and harmony. 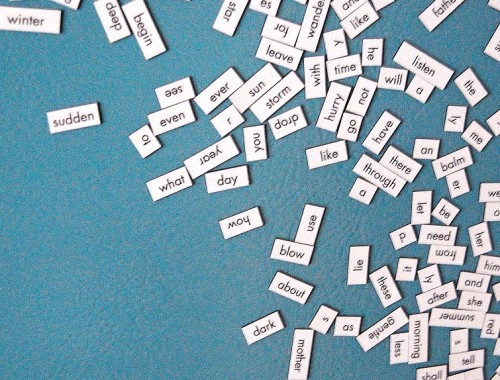