book burning and the devil's music I have a lot of early memories I can’t place in a specific timeline, but one of my clearer ones I have was when I was about three or four, I think. My family had a gigantic, old-school television (one with a dial you turned to change channels) that sat on the floor. I can still remember pressing my face up against the warm glass and feeling the faint static buzz. One memory in particular is of Madonna’s “Vogue.” I didn’t realize that was the music video I had in my head until about a year ago when my roommate was watching Glee and they covered the song. Mom says that she kept MTv on most of the time, and there’s plenty of video of me as a toddler dancing and whirling with scarves and napkins to some 80s or 90s pop tune.

Growing up, there was always some form of music playing. Dad’s an audiophile, and I grew up listening to high-quality sound pouring out of high-quality speakers. If someone was awake, there was music. When I was little, that meant plenty of pop music during the day and then Dad’s classic rock at night. There are dozens of songs I know by heart that I learned to sing before I learned to talk.

When my parents first started attending church, the music changed. Madonna and Paula Abdul went out the window, and Steve Greene and Amy Grant came in. “Hearts in Motion” and “People Need the Lord” became the background soundtrack to my 6s and 7s. The first Sunday school song I learned was “Jesus Loves Me,” and I can remember walking around the house sing-shouting it (I did everything loudly. Still do, if I’m honest). To this day, some of the only worship songs I know are from the early 90s.

Then, one Saturday when I was eleven, I heard strange noises coming from the kitchen. I went to investigate, and found my parents standing around the trash can. There was a gigantic stack of CD and tape boxes on the counter, and Dad had a hammer in his hand. He would hold a CD, strike it with the hammer, and it would shatter, the pieces fluttering down into the trash bag. Mom was ripping the magnetic plastic out of the tapes, and I could see a gigantic pile already tangled up in the bag, sprinkled with shattered CD pieces.

“What are you doing?” I remember asking, puzzled. I’d never seen my parents ruthlessly destroy any of their things before. And it was music–a nearly sacred thing, in our house.

I know that she tried explaining more, but the memory fades out at this point, because all I could see was the spray of rainbow-silver sparkling and falling. And I remember opening one of the CD cases and taking out my favorite Steve Greene CD. I hid it in my room for years– but I never listened to it.

Then, the chicken-bucket man came to church. I don’t remember this evangelist’s name– but I do have a few pretty vivid memories of his “revival sermons.” The first one is him shouting 2 Chronicles 7:14 over and over again. “Humbling ourselves,” to this man, was illustrated by a story he told; during one of his revival meetin’s, a man was possessed of the Holy Spirit–so he grabbed an empty KFC bucket, put it on his head, and ran around the church shouting glories and hallelujahs. Another time he visited our church, he pulled his wife up to the front to illustrate feminine modesty, and I remember silently laughing at him because when he turned around his pants were so tight you could see his tiny little butt-cheeks.

But the most vivid memory I have is of a slide show he presented to the church of a book burning. He was advocating that our church have one, and he showed pictures of demons erupting from the burning books, magazines and music. He kept pointing out tortured, demonic faces in the flames; he described the eerie, bone-chilling shrieks that tore themselves out of the burning pages and melting plastic.

Well, we did have a book burning in our parking lot during the last night of the revival, and I brought the Steve Greene CD I’d snuck out of my parents kitchen that day. I threw it in the fire and prayed to God that the demon had gone with it.

My love of music stayed with me. I’d grown up in a house of music, and all those melodies had worked their way deep into my bones. I started playing the piano when I was five, started lessons when I was six, and I became a piano performance major in college. My teenage years were dominated by music from Faith Music Missions– The Most Trusted Name in Conservative Traditional Music. I grew up listening to the Thren Brothers and the John Marshall Family. One of my favorite songs back then was the King James Bible Song (note how it’s not the “King James Version Song.” Version would imply there’s more than one). The lyrics of the song are pretty ridiculous. But, I ate it all up.

I grew up thinking that Southern gospel– including performers like The Gaithers— were liberal. Anyone that used drums in their music were guilty of consorting with Satan. Anything with a “rhythm” was “the devil’s music.” What in the world does rhythm have to do with the devil? Why, I’ll tell you! It all boils down to racism, really. Drums and “music with a beat” came from Satan-worshiping Africa, and those durn slaves brought their music with them, how dare they. Their gospel music and blues became rock-n-roll, dontcha know.  I read books like Why I Left the CCM Movement and earnestly believed that having rock music in church was a capitulation to “the world.” I got worried when my best friend, the pastor’s daughter, started listening to country music on the sly.

Then, in my junior year of college, I took History of Western Music. The professor was a young woman who fervently believed in most of what I described above except for the racist, book-burning bits. She was “musically conservative,” in her words, and did not go in for music written post-1950– not even the “classical”-ish pieces. Well, except for John Williams. Everyone makes an exception for John Williams, because he’s the man.

As she was teaching, explaining the beauty and majesty of classical music because it was God-honoring, I noticed a pattern:

At first, the only music that was appropriate for the church was non-metered and monophonic. There were no measure breaks, no division of notes as a specific measure of time. It was taught that music for the church should be produced by the human voice only, and there should only be one melody. It was also believed that the melody should flow like sands in an hour glass– constant and smooth. Anything else was considered not fit for the worship of God.

After a long time, the church slowly adopted music that was still non-metered, but now there could be more than one melody. But, everyone must sing the same words at the same time. Anything else was considered not fit for the worship of God.

Progressing forward, the church incorporated meter into its music, but only triple or compound metre–as in, the primary beat is sub-divided into three beats. This triple metre represented the Trinity, and was therefore also called “perfect metre.” Duble metre is still called “common meter” occasionally. Still, only human voices were allowed, and overly complicated melodies were not allowed. Anything else was not considered fit for the worship of God.

Time passed, and the church became comfortable with music written in duble metre as well. But none of those new, man-made instruments are permitted inside the sanctuary. Only the human voice is worthy. Anything else was not considered fit for the worship of God.

Move forward into the Renaissance, and the church acknowledges that complicated melodies, parts, voices, and lyrics are permissible for worship. But still, anything else was not considered fit for the worship of God.

Toward the end of the Renaissance and as the church arrived in the Baroque period, the church began allowing the  use of instruments to accompany the voices. Anything else, however, was not considered fit for the worship of God.

Do you see a pattern here? Yeah, me too. And it suddenly occurred to me: the church is still doing this. The church is still dividing music up into “sacred” and “secular,” and it hit me. There is no such thing. St. Augustine once claimed that all truth is God’s truth, and I make the same claim– all music is God’s music.

No matter what culture music has grown out of, without exception, the culture bases their music on an understanding of harmonics–which is a pretty basic element of physics. Music is woven into the very fabric of our reality, and calling some music after Satan and some music after God is like saying that gravity is God’s but fluid dynamics is Satan’s. You cannot divide nature up like that, it’s just not possible or even sane. Music is an outpouring of a perfect blending of mathematics and beauty– and it doesn’t matter if you’re listening to J. S. Bach or Freddie Mercury. 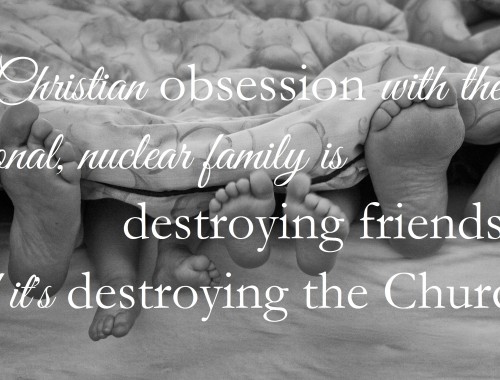 my time as an agnostic