centered on love– and learning to show it

Two weeks after I quit my soul-sucking bank job, I drove across the country and over the mountains–by myself. It was a harrying adventure, especially when I got to West Virginia and I didn’t have money for the toll. I ended up driving through the “country roads” John Denver loves to sing about until about one o’clock in the morning.

I will never, ever, do that again.

But, I managed to make it to Lynchburg, Virginia in one piece, got everything taken care of, moved into the house I’d be sharing with two other girls, and showed up on campus Monday morning bright-eyed and bushy-tailed. I had arrived about a month before classes were to officially start, as being a GA meant I had to take a short course of teaching college writing. I was excited, and figured I had a handle on it. I’d been a secondary education major at a university that was pretty famous in Christian circles for its education program, so how hard could it be?

I had no idea what I was getting in to.

Here’s what I was “taught” about education (and by “taught” I mean “bludgeoned into thinking is true”):

I could go on, but I think you get my drift.

I walked into my very first classroom at Liberty, and I met a wonderful man. He was my professor, and I have never met a kindler, gentler, humbler, more loving person anywhere else. The first time he explained how being a teacher means adapting to the needs of your students, I was . . . mystified. When one of my fellow classmates gave a presentation on working with ESL students should require extra effort on the teacher’s part, I internally tut-tutted her. If they can’t make it to my standard, then that’s their problem, not mine. They’ll just need to take the course again.

I loved my professor, but I honestly thought of him as, well, terribly misguided. He just didn’t understand that “traditional education” was the better way. That being “progressive” or “student centered” would only lead to being an ineffective teacher that would have to lower her standards.

And then I started teaching fifty freshman writing students.

Everything I thought I knew about teaching failed. Failed spectacularly. At the end of my first semester, my boss– a magnificent, if terrifying woman, and one of the best supervisor’s I’ve ever had– pulled me into her office and told me that I was a breath away from getting sacked, and if I didn’t get my act together in the next semester, I was a goner.

I panicked. I didn’t know what to do. There were procedural things I could fix, and I did, but I couldn’t just magically transform myself into a better teacher. I read through all of my evaluations, repeatedly. I contemplated all the things that had turned into a disaster that semester, and I tried to figure out what had gone wrong. Eventually, I did see it.

The problem was me.

But, once I saw what I had done, it broke my heart. I had punished my students, constantly, for “failing.” I had guilted them, and handed them diatribes and discipline. And something my mother had taped to the front of our refrigerator came back to me:

No one has ever arisen out of a mountain of criticisms to please their accuser.

Sure, I had followed the “sandwich method.” I think, in my heart, I really did care about my students. Their success mattered to me– their personal lives mattered to me… but my indoctrination absolutely forbade me from showing any of that.

The next semester, and the next year, I vowed things were going to be different. And they were.

I spent two hours a week with my ESL student, Hyun*, teaching him about articles and verb tense– outside of my scheduled office hours. Hyun continued coming to see me after that semester, just to chat.

I knew– knew— that Trevor* was a wonderful writer, but he needed some tough love to get there. He did, fighting with me the entire time, but by the end of the semester he came to my office to tell me that my refusal to accept his “good enough” had changed his life.

Instead of resorting to rebuke when Brandon* kept falling asleep in my class every day, I asked him if anything was going on. He started crying– Brandon, my camo-wearing, Browning-backpack-toting, combat-boot-stomping student– and told me that his father had leukemia and he was driving home three hours every day to see him in the hospital. I hugged him, and cried with him, and told him that I loved him, and we prayed for his father– who is now in remission, and wrote me a letter thanking him for taking the time with his son.

I recognized that James*, who was painfully shy, was brilliant and just needed a tiny push out of the nest. He’s now a published writer, part of Sigma Tau Delta, and is presenting at a conference in a few weeks.

I wanted to grow frustrated with Mark*, who was constantly absent, but I stopped. You don’t know what’s going on in his life, Samantha. Ask him. See if he needs help. Turns out he had contracted a rare virus while he had been deployed in Afghanistan and it had caused spinal degradation so bad it required major surgery. He came to me the day he had to officially withdraw from college and told me that my willingness to cry with him and pray with him was a reason he was going to come back to college, even if it was in a wheelchair.

Jessica* made me want to tear my hair out, she caused so many disruptions and distractions in class. But, I asked her to come to my office, and then I just asked her if she was ok. She broke down and told me she’d been raped, and she didn’t know what to do. It was the first time I had used my experience for good– to tell her that she was not alone, and that I would help her however she needed me. She is now in the honors program as an English major, and wants to be a teacher– and she’s organized several rape awareness campaigns on campus. The very first ones, at least that I’m aware of.

I’m not sharing any of these stories to brag about me, or anything I did in those situations. The only thing I did was throw away the evil idea that students should be less than human to teachers. That teachers are only there to deposit information in little brain-ATMs. The only thing I managed to do was reject a system of living that tried to cut me off from people– that wanted me to treat their existence like it didn’t matter to mine.

I’ve never found love and grace in a fundamentalist mindset– and that is the most frightening thing imaginable, because love is the only thing that has the power to change the world, or to make a difference. 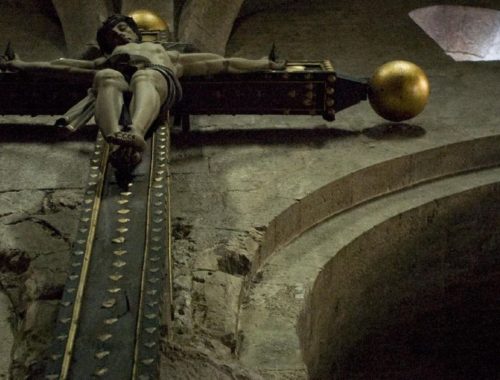 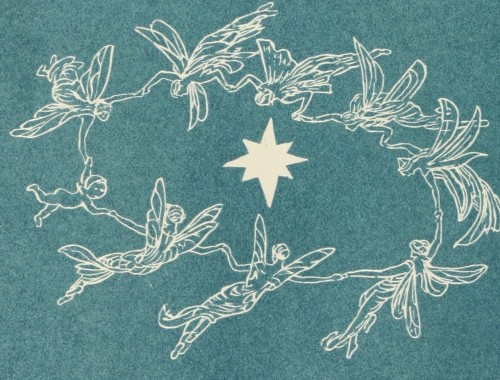