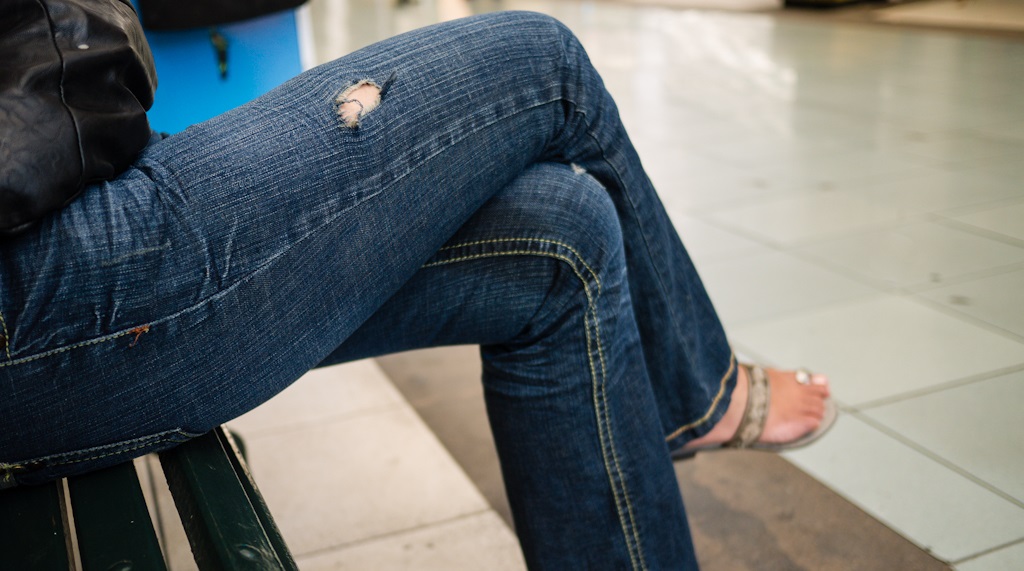 The first time I ever bought myself a pair of jeans is a vivid memory, complete with distinct recollections of every pair of jeans I tried on (six different stores, a grand total of twenty-one jeans). You might think this is odd. How old was I, twelve?

But, when I was nine, we moved to northwest Florida, to a town that was roughly twenty minutes away from the Alabama border, and we started attending an Independent Fundamental, hellfire-and-brimstone-preaching Baptist Church (IFB). And there went my pants. Mom didn’t even bother to donate them to the rescue mission. She cut them up and Dad used them for rags.

So, as a sophomore in college, I hadn’t worn pants in eleven years– certainly not after I’d sprouted “child-bearing” hips and an ass when I was fourteen. However, my family had finally left the IFB church and been excommunicated and shunned, and we were doing all kinds of crazy things like going to movie theaters and exercising in public. My mother even (gasp) cut her hair. One of my best friends decided it was high time that I own a pair of jeans.

To the mall we went.

We went to JCPenney’s first, back when they were uncool, and my friend outright forbade me from buying mom-jeans. But how, I thought glumly to myself, am I going to find jeans that are modest?

“Well?” Her tone was bordering on the impatient.

“Why the hell not?” (My friend had a ‘potty mouth.’ It was invigorating.)

I practically whimpered. “You can see my butt.”

She laughed. Uproariously. “I think that’s kinda the point, dearie.” (My friend also had pet names for me.)

I eventually bought a size-too-large pair of boyfriend-style jeans from the GAP. Now, five years later, I’m a jeans-and-hoodie girl. I even bought skinny jeans… last year. Took me a while to catch on to the whole “pants are not the devil” idea.

What took me almost just as long to realize is that the over-emphasis on modesty is a (one of many) false-front on a huge ideological problem: that women are nothing more than sexual objects. It’s laughable to me that the IFB movement spends so much time preaching against the over-sexualization of our girls when the very same preachers are guilty of the exact same crime against “womanhood” and “femininity.” I once heard a preacher claim  that wearing any item of clothing with a zipper in the front was immodest. Bizarrely, he said that a woman placing anything in front of her ahem “maidenly parts” called a man’s attention to her hoo-ha.

Because we all know that a woman’s ankles will force a man to lust after her in his heart, after all. Men have no self-control whatsoever, no sir. They see a collarbone and tip over from all the blood in their head rushing away. Women must guard men’s minds, you see. They’re base animals, nothing more than horndogs.

Which begs an interesting question… if men are all incapable of acting responsibly, why do they spend so much time talking about vaginas in church? 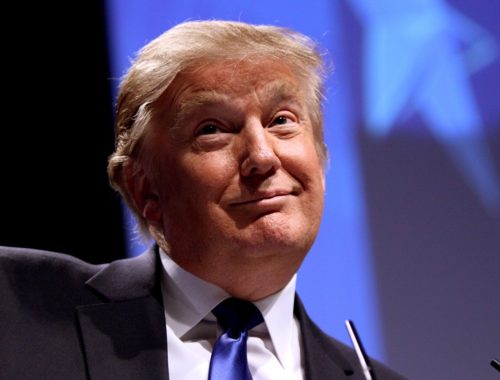 what hast thou wrought: Christians and Trump 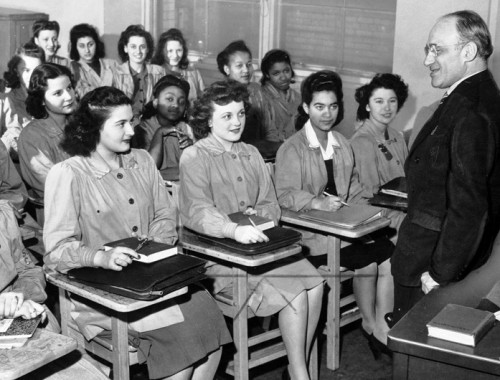 why I'm not particularly worried about being nice